Who should be my theatre hottie for February?

I wondered if this might happen at some point, I don't have an overall hottie for February. Some cuties, yes, but not a real hottie. In my defence I've had to drop some theatre-going this month due to a nasty cold and work pressures, so I haven't seen quite as much as I would normally.

So, I'm going to open it up to my fellow theatre-goers: Who saw a hottie on stage this month?  Send in your suggestions either via the comments, email or Twitter and then I'll carefully research them and pick the one I would have loved to have seen myself. You'll get neither fame or glory, just a mention on this blog and my gratitude.

2016 has kicked off in fine style with a close run competition between Alex Hassell and Sam Marks who were in the RSC's King and Country cycle at the Barbican.

Now Alex was a runner up last year and he was on my phwoar list the year before for the same role (Prince Hal). And while I'd love to honour Alex again, he's going to have to work a bit harder because I want to give January's honour to Sam. Now he was also in Henry IV and appeared slightly dressed but he's not winning for that. He's winning for Richard II and in particular a scene with David Tennant when the two share a very long kiss.

I already know that Sam is no stranger to the gym but there was something in that kiss that spoke a thousand words and was, well, just hot. Wow this was much, much harder than I thought, hence why it's taken me to the end of January to decide.  They are all so, well...and Bertie Carvel made hottie of the month twice...but it's not him. Sorry Bertie.

I've chosen Peter Rykov, from Cheek By Jowl's Russian Measure For Measure (which also made my favourite theatre list). The reason is I still remember the feeling, the slightly breathless/giggly feeling I had at the end of the play. And also, of all my hotties from 2015 he's the one I'm least likely to see on stage again so I think I should honour him while I can. Here's his hottie entry and the rest of the hotties from 2015. Theatre hottie of the month: December

So the final hottie of 2015, before I decide on which of my hotties was hottest, goes to Ben Lamb who is playing Malcolm in Macbeth at the Young Vic*.

It's hard to find a decent production shot of him but all you need to know is that he wears his combat-style trousers well and if that wasn't enough he likes puppies.

This is him in rehearsal: 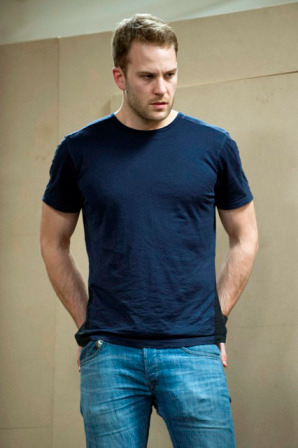 Theatre hottie of the month: November

A holiday at the start of the month meant I only had two weeks of theatre from which to choose and it has been tricky but theatre-land hasn't let me down. I did consider doing a big cheat and choosing Richard Madden from this promotional shot for Romeo and Juliet next year but decided to be good. I've also come close to throwing a curve ball and choosing Lydia Leonard in Little Eyolf (review here) but I've dismissed that too. Sam Hazeldine from the same play was nearly my choice but I finally settled on Tom Bateman in Harlequinade, sort of. He doesn't look that hot in Harlequinade but he does in the promotional photo below and he was certainly hot when he was in Shakespeare in Love last year. It's a teeny bit of a cheat, I know. Tom Bateman with Kathryn Wilder, promotional shot for Harlequinade at the Garrick. Photo by Johan Persson

This was a close run thing. Joe Bannister who is playing Orlando in the National Theatre's As You Like It (review coming soon) has come a very close second to Bertie Carvel. Yes Bertie, for the second time this year, is my theatre hottie of the month, this time for his muscular, vest wearing Yank in Hairy Ape at the Old Vic. 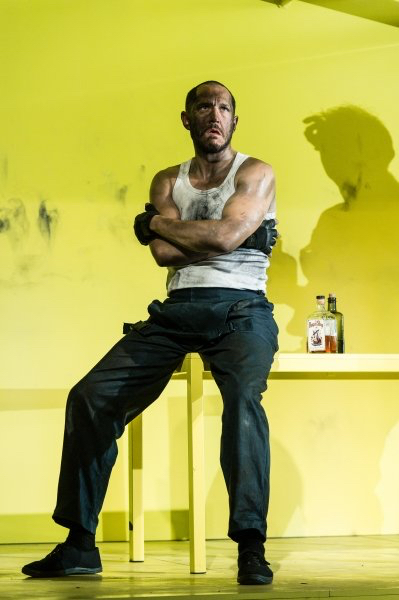 Theatre hottie of the month: September

I knew pretty much from the first week of September when I saw A Song From Far Away at the Young Vic that Eelco Smits would be my hottie of the month. I wasn't wrong. He's very talented. Eelco Smits in A Song From Far Away © JAN VERSWEYVELD

Theatre hottie catch up just in case you've missed one: 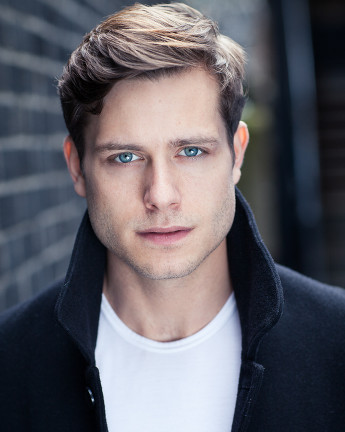 Thought Bertie Carvel in Bakkhai at the Almeida might steal this, even at the beginning of the month before I'd seen it. He has a look in his eye you see. There is a Greek word for it, that Poly told me about, that doesn't have an English equivalent but it sort of means a combination of sexy and fun.

Now he's quite stern to start with but Ben Whishaw's Dionysos starts to work his seduction, loosens him up. And then later he wears a dress and there is a scene where Dionysos, who is also wearing a dress, tucks a lose strand of hair back for him and it is just so sexy. Trust me.

And if all that wasn't enough to send you running for a cold shower he wears this outfit at the press night party and completely rocks it.

So my theatre hottie for July is very definitely Bertie Carvel. 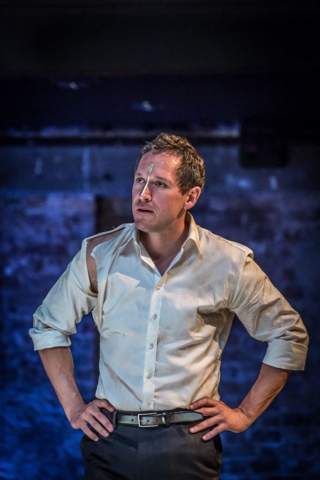 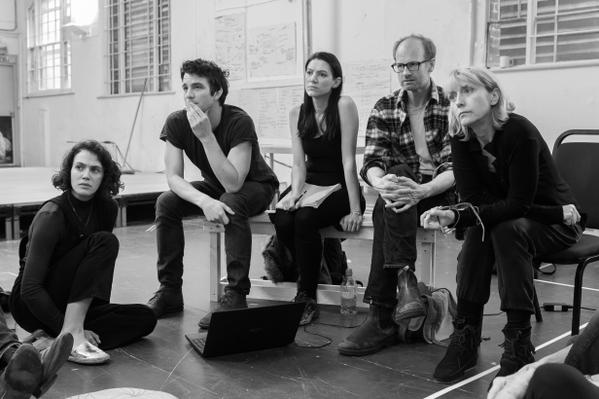