Excited about this production of Uncle Vanya at the Harold Pinter Theatre?

It's currently in preview and due to officially open this week but in the meantime here are the official production photos to whet your appetite.

It's directed by Ian Rickson, for more details and ticket information head to the official website.

All photos by Johan Persson.

Uncle Vanya starring Toby Jones and Richard Armitage (who was brilliant in The Crucible) is one of the hot theatre tickets of 2020 and the rehearsal images landed today.

It's directed by Ian Rickson it opens for previews at the Harold Pinter Theatre on 14 Jan, for more details and ticket info head to the official website. 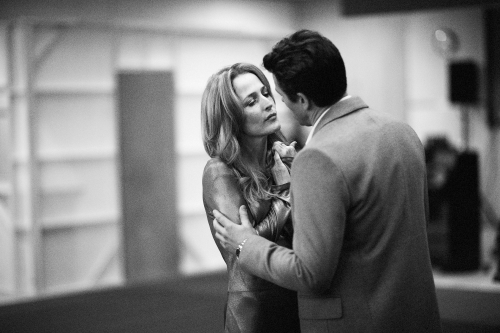 The Inheritance is an epic two part story of love, loss and life - think of it as this year's Angels in America.

It is a playful play with laugh out loud moments but in a blink, it is full of pathos and tragedy. It is a play full of joy and heartbreak and for that reason alone I loved it*.

And now more people get to enjoy it as it's transferred to the Noel Coward Theatre in the West End and is booking until 21 January, 2019.

To whet your appetite here are the production photos from part 1 and part 2.

This month sees the European premiere of American playwright Ken Urban’s acclaimed A Guide for the Homesick, starring Douglas Booth and Clifford Samuel and directed by Jonathan O’Boyle. 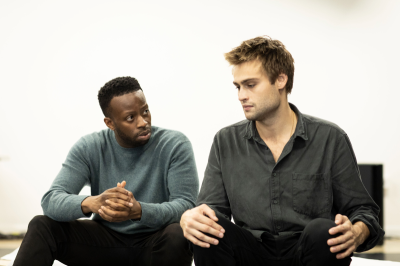 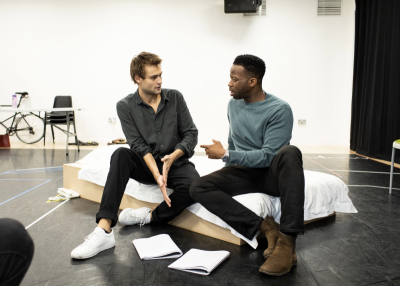 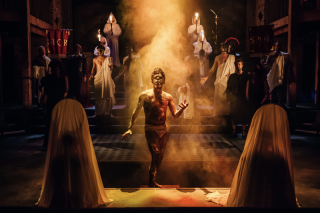 Following a sold-out run in Stratford Upon Avon, the RSC's historical two-part thriller Imperium has its official opening at the Gielgud next week and guess who will be there?

Adapted for the stage by Mike Poulton (Wolf Hall, Bring Up The Bodies) from Robert Harris’ internationally best-selling Cicero trilogy the story is presented at six one-act plays.

Told through the watchful eyes of Cicero’s loyal secretary IMPERIUM I: Conspirator chronicles how the great orator’s early success unwittingly paves the way for a brutal and bloody end to the Republic.

With Rome in chaos at the beginning of IMPERIUM II: Dictator, Cicero must use all his brilliance to restore the power of the Senate from the civic mob and their would-be Emperor: one Julius Caesar.

Currently open for previews, each part can be seen on its own or together as one epic story. There are over 10,000 tickets for £10 or under and you will find details on the RSC's Imperium West End website. 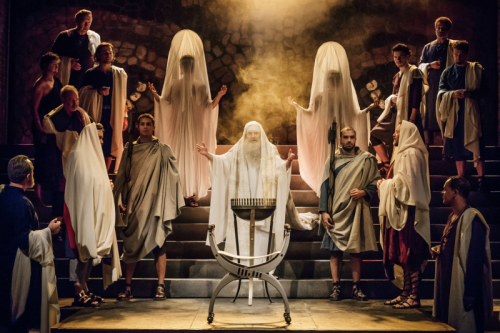 Preparations are underway for the West End transfer of the Young Vic's The Jungle directed by Stephen Daldry.

The Playhouse Theatre, where the play opens for preview on June 16, is being transformed in order to accommodate Miriam Buether's original set design from the Young Vic and the Dress Circle will be transformed in the 'Cliffs of Dover'.

Joe Murphy and Joe Robertson’s play is set in Europe’s largest unofficial refugee camp, the Calais Jungle, which in 2015, became a temporary home for more than 10,000 people.

The cast is in rehearsal and you can see pictures below. 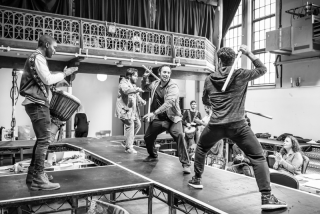 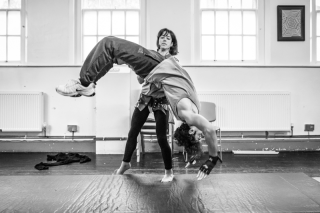 The York Realist will be the third Peter Gill play I've seen at the Donmar Warehouse.  I didn't think much of the first two, Small Change and Versaille, so I'm hoping for third time lucky.

It's got a great cast but that has never really been my problem, it's always been the plays.

This one has promising-sounding synopsis: A love affair between two young men in 1960s Yorkshire. I will know in a few week's time if I'm a convert.

In the meantime here are the rehearsal photos and the play is at the Donmar Warehouse from 8 February to 24 March.

The irresistible prospect of The Resistible Rise of Arturo Ui with Lenny Henry, Donmar Warehouse

The Resistible Rise of Arturo Ui is the play in the Donmar's current season I'm most excited to see. Why? Well, Lenny Henry was one of the iconic TV stars of my childhood. I grew up with Tiswas (which my mum hated us watching), Three of a Kind, the Comic Strip and the Lenny Henry Show and it's been six years since I last saw him on stage in A Comedy of Errors at the National.

So there is that. But it's also the play. It's a brutal satire which I've seen given such a wide variety of treatments including a version with puppets by Marmite director Katie Mitchell at Hampstead Theatre and Cheek By Jowl's bonkers French dinner party at the Barbican. What will the Donmar do? I suspect it won't be quite as radical as those two productions but nonetheless?

At the very least it feels like a wholly appropriate time to have a production of this play about the abuse of power.  It's a new translation by Bruce Norris - the king of uncomfortable laughs with plays such as Clybourne Park - and set in prohibition-era Chicago. I'm expecting something powerful, that doesn't hold its punches and I feel like I need to see some theatre like that.  So fingers crossed for when I get to see it later this month.

The photo shoot for Art's promotional pics look like Rufus, Tim and Paul all had fun (see a behind the scenes vid here). There's also a bunch of rehearsal shots - really looking forward to this one and not just because of the opportunity to see Rufus Sewell on stage again. Ahem.

Art at Old Vic Theatre is directed by Yasmina Reza and opens for previews on Dec 10 and then runs until Feb 17, 2017. For more info head to the Old Vic website. 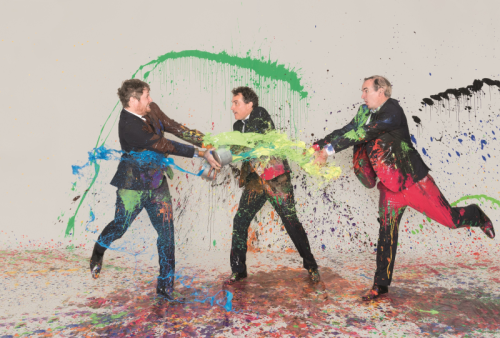 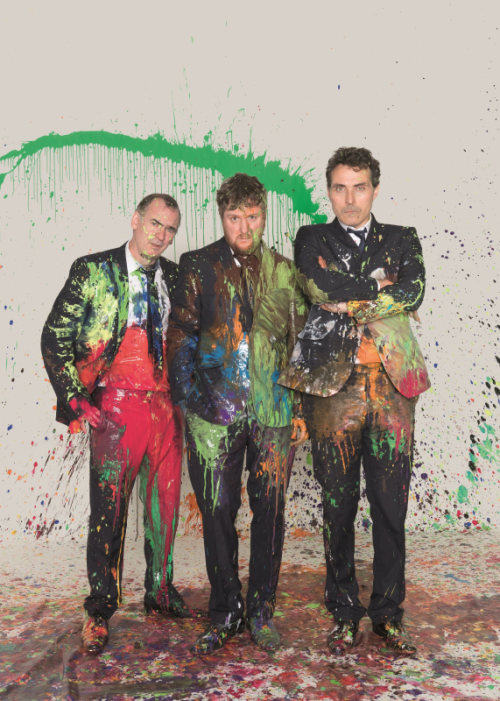