Was allowed to take pictures at this evening's (for charity) Frankenstein Q&A. More on the event itself tomorrow - it was fab but it's midnight. And thanks to @3rdspearcarrier for inexplicably swapping his front row seat for my back row seat which enabled me to get such good shots.

Frankenstein talk of the town

The National creates a monster

Our Private Life round two but what happened to Colin? 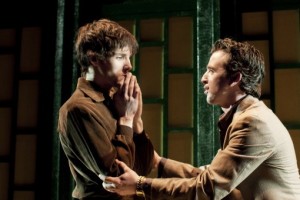 Second outing to see Our Private Life at the Royal Court but this time with a post show Q&A. Since seeing it the first time I've read the play text and the thing that stands out most is just how dark and disturbing the Father's final speech is.

What I didn't realise until director Lyndsey Turner mentioned it after the show, was that it's impact is elevated by one subtle difference in the father's character.

Rozo gives all the other characters excuses. It is a circle of blame, each blaming the other for their circumstances and predicaments except for the Father, he never blames anyone which makes his epilogue confessional so startlingly stark and disturbing.

Colombian Rozo submitted the play on spec and work-shopped it with the Royal Court's writers programme but prior to work on the production starting Turner travelled to Colombia so as to better understand the culture of where the story came from.

Continue reading "Our Private Life round two but what happened to Colin?" » 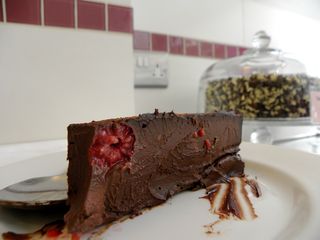 OK, I should probably explain. I've long harboured a desire to have tea and cake with certain famous people and by desire, I don't mean anything other than wouldn't it be nice to sit and have a good old natter over a pot of tea and a large slice of moist Victoria sponge filled with cream and jam.

Ben Whishaw has long been on the list, indeed the list probably started because of him. Not least because I'd love to have a good old natter over a cuppa but also because he looks like a man in need of a good slice of cake. Incidentally, I recently discovered an interview from around the time of his Hamlet in which Trevor Nunn said all the women of the cast were obsessed with his food intake and continually asked him what he'd eaten.

Mackenzie Crook is a recent addition for similar reasons because, as I think I commented in my The Aliens review, he makes Mr Whishaw look fat.

But now there is Martin Freeman who easily makes it onto the list following last night's performance and comic quips at the Clybourne post-show Q&A. He is a funny man and it was great to see him making the jokes rather laughing at him in character.

Much of what he said that was funny was a case of 'you had to be there' but trust me, he would be an entertaining tea-time guest.