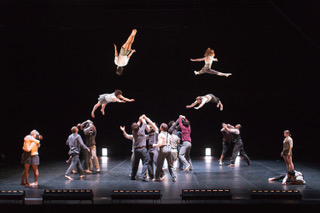 Compagnie XY's It's Not Yet Midnight...Photo courtesy of David Levene

There is a group of 20 or so people on stage. The men are dressed in shirts and trousers, some with braces or waistcoats. Women similarly in shirts some with school girl style skirts or trousers. A push and shove breaks out building into full blown brawl.

All you can hear is the sound of their exerted breath and the slap of limbs or bodies hitting the stage. It looks quite vicious, frenetic but for the acrobatic flourishes which add incongruous moments of something more balletic.

It is dizzying to watch and a mere teaser for what is to come from French acrobatic troupe Compagnie XY's new show It's Not Yet Midnight. From here you are taken on a breathtaking journey of strength, poise, precision and co-ordination.

There are startling set pieces - double human height huddles that rotate, slowly collapse and then 'grow' again and then scenes where there are a multitude of feats being enacted on stage at the same time. Some of them are small no doubt looking much easier to do than they actually are - two people 'dancing' on the shoulders of one person, which you really have to see to fully appreciate, for example. 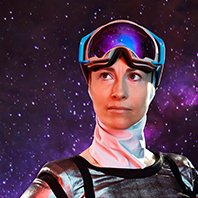 Ruby (Roses Urquhart) runs a cabaret from her kitchen in the East End. The night of the cabaret is fast approaching and Ruby's has lost two of her acts but can she pull a show out of the bag in time for the arrival of her cousin (once removed) who lives on another planet?

She's not on her own, she has her adopted family and friends around her all of whom have their own problems to solve. In the corner of the kitchen, Mabel (Jo Bowis) is trying to find the missing ingredient to distil a hangover-free gin which Sapphire (Clare Barrett), the temperamental French chef, might be able to help with but she needs to face the past. Then there is the Boy Bun (Jordon Stevens), a waif Ruby has taken in, but he likes to sleep in the dog basket and has to face his nightmarish fears. But, there are always the dead relatives to call upon.

It is a circus of characters with Ruby as a sort of ringmaster or conductor keeping everything in some sort of order. It's a story that is part (Grimm) fairytale, part musical and part variety show. There is puppetry, hoola hoops, juggling, acrobatics, dancing, magic and comedy weaved through the story - or is the story weaved through the variety acts? It is amusing, entertaining and often laugh out loud funny.

The set is impressive and imaginatively manipulated for what are a series of loosely connected set pieces. It is performed with skill and panache and I particularly enjoyed Jordon Steven's Boy Bun who has a twitchy energy and streetwise innocence.

Family Tree is a fun show, polished and brilliantly executed and there are two performances left as part of the RADA Festival which finishes this weekend. It is 70 minutes long and I'll be looking out for what Roses Urquhart's Night Kitchen Cabaret do next. It's getting a fun five stars from me.

Review: The Briefs boys with their feathers, thongs and stilettos are back, London Wonderground 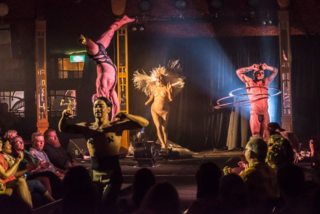 Australian burlesque, acrobatic drag troupe Briefs exploded in a cloud of feathers and sequined thongs into my life last year. I had so much fun the first time I saw them I grabbed another friend and went to see them a second time.

This year they are back on the South Bank in the intimate Spielgeltent at London Wonderground for a longer run bringing their own brand of Aussie humour and adult entertainment.

There is breathtaking acrobatics, burlesque, magic tricks, drag skits, yo-yo skills and speed Rubik's cube solving - all performed in a suitable degree of undress and with a good smattering of ridiculously high heels. These boys certainly aren't shy in displaying their talents and afterwards if you hear the Minions cry of 'banana' it will make you think of something very different to the yellow cartoon rascals.

Continue reading "Review: The Briefs boys with their feathers, thongs and stilettos are back, London Wonderground" » 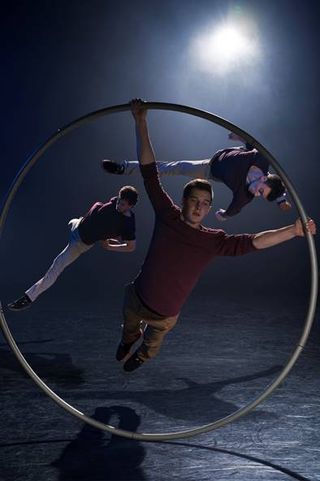 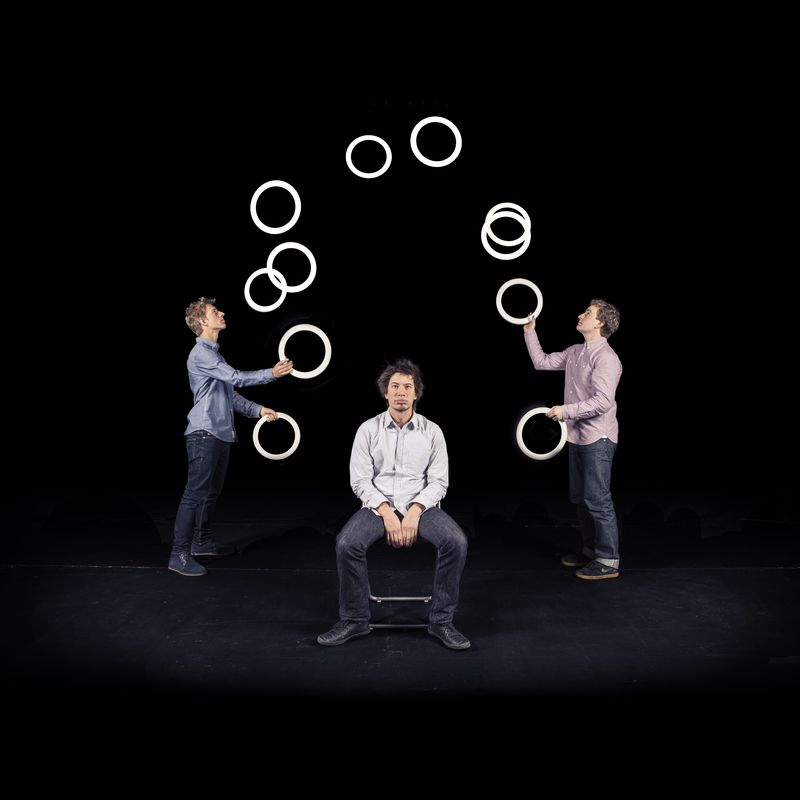 Three juggling geeks and a hour to tell you about juggling, that's the sort of premise to the Circus Geeks: Beta Testing show.

They are certainly skilled, as you'd expect for a show on the South Bank, but this isn't a show with knife juggling or any other dangerous sharp objects it is about sheer complexity.

However, as the Geeks kindly point out, often the audience don't really appreciate the more complex juggling tricks - it's just a blur of balls/batons/hoops. So they've drawn a graph to show you. Lines representing each juggler rise and fall depending on the difficulty of what they are doing, as they run through a sequence of different tricks. It's a nice, quirky little feature to one of their set pieces.