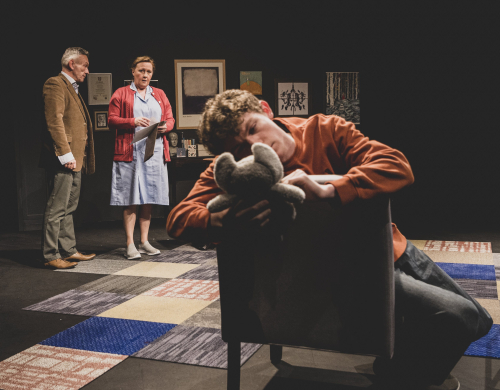 Michael Aleen (Gwithian Evans) is a resident at a secure mental hospital obsessed with elephants. He also seems to hold the key to understanding the disappearance of one of the psychiatrists, but can the hospital director Dr Greenberg (Jon Osbaldeston), believe what he says?

Nicolas Billon's The Elephant song takes us through a game of cat and mouse as Dr Greenberg tries to talk Michael into revealing the information he has.

Michael, with his toy elephant always in his hand, knows the information he has might give him some leverage. He wants to leave the hospital.

Nurse Peterson (Louise Faulkner) warns Greenberg that Michael is manipulative. And Michael is, using his keen, sometimes cruel, observation and sharp intelligence to his best advantage. 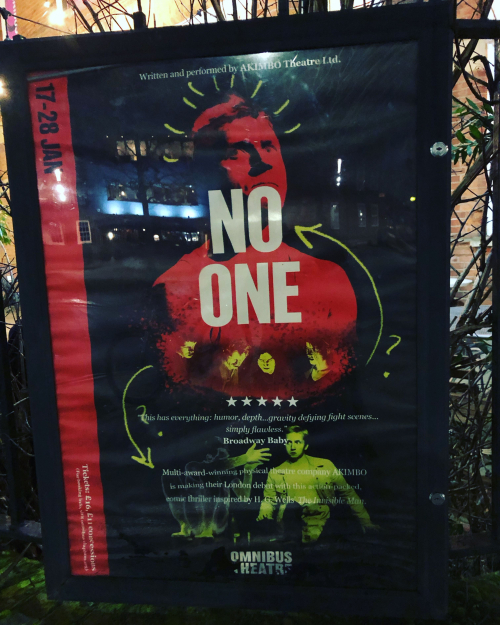 No One at the Omnibus Theatre bursts onto the stage with a scene in a club, complete with a live DJ, which quickly descends into a fight. Then we jump to a police station and investigation into a missing girl and the violent attack of a man.

It sounds dark, but how it is performed brings a humourous touch.

The policeman, with a strong West Country accent, listening to a drug-fuelled, seemingly odd and improbable explanation of what happened has hints of Edgar Wright's Hot Fuzz.

The mystery behind the attack, the missing girl and the odd occurrences then steadily unfolds. It is logical and simultaneously illogical, which is part of the fun.

Based thematically on HG Wells's The Invisible Man, the piece has been devised by Akimbo Theatre who trained in physical theatre at Jacque Lecoq, Paris. And they put that training to good use. 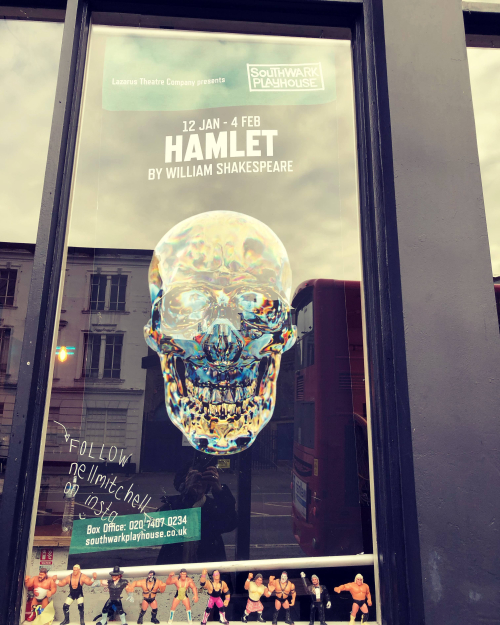 This slimmed-down production of Hamlet by Lazarus Theatre Company at the Southwark Playhouse clocks in at just 95 minutes. It focuses primarily on the younger characters - Hamlet, Horatio, Laertes, Ophelia, Rosencrantz and Guildenstern.

The story is framed as a sort of therapy session, there is a circle of chairs, and a voice over a tannoy proclaims it is a 'safe space'. The tannoy is a device used for the 'adults' communicating throughout the play - on the few occasions they feature.

I'm definitely not a Shakespeare purist, I  like the idea of trimmed-down Shakespeare. There are chunks of his plays that were appropriate for the time they were written that can be easily cut for modern audiences without impact on the story.

But too much has been removed in this production. If you aren't familiar with the story, I'm not sure you'd get much from it.

It's a play I've seen plenty of times (and studied), so I could easily fill in the gaps. What was lost for me was the context, the layers and the nuance.

If you never see Hamlet (Michael Hawkey) interacting with Claudius and Gertrude or see the adults plotting and manipulating, you lose part of what is driving him and what he is up against. You miss the politics of family and succession. 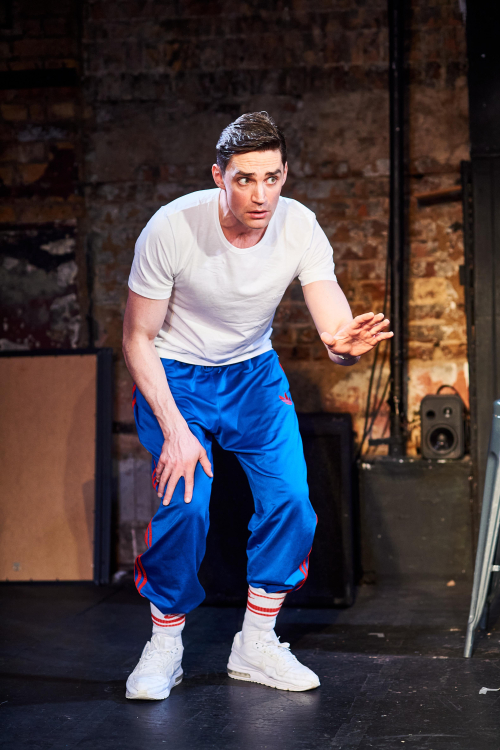 Sam McArdle plays 'the manny', a male nanny working for rich, single women in West London. He is a charmer, charming his employers, his charges and the women on dating apps he wants to sleep with. But 'living the life' isn't all it's cracked up to be.

In a solo performance, McArdle weaves the narrative, switching between scenes in his working life and social life.

He lands a mostly cushy job except for difficult-to-charm 7-year-old Michael. McArdle has a witty take on child care and amusing observations of the children of the rich, presumably gleaned from his time working as a male nanny.

His fictional Manny uses his own brand of charm to win over parents and other mums at the school gates.

Outside of work, casual sex takes a back seat when, bored and lonely one day, he ends up at a community improv class and falls for teacher Molly, an out-of-work actress.

Molly is in a relationship and doesn't fall for his charms, but he is smitten. He starts to feel deeper human connections and a sense of community, there is encouragement and support in the group, both of which have been absent from his own circle of friends.

But not everything works out the way he wants.

The Art of Illusion won several awards when it opened in Paris in 2014. Now it gets its London premiere at the Hampstead Theatre but will this play about magic and illusion conjure up some English awards? 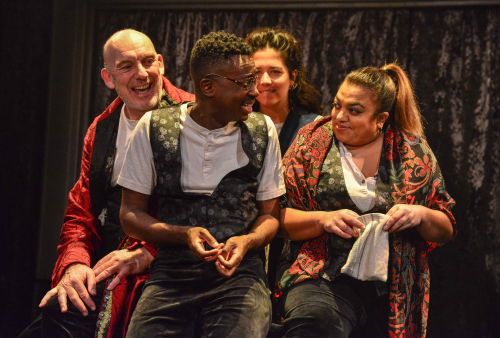 It is a play with two timelines. In 1984 a man named December (Brian Martin) meets a woman named April (Bettrys Jones) in a cafe to return her bag, which he 'found'.

He tells her how he was obsessed with magic as a child and the famous 19th Century illusionist Jean-Eugene Robert-Houdin. They set out to find what would have been Houdin's basement theatre.

Then in the second timeline, we follow the story of Houdin's life, career and what followed at his theatre.

We switch between the stories at an increasingly rapid pace all the time with unsubtle reminders about illusion and reality. But there are also questions about chance and fate. The coincidence of December and April meeting and both being named after months is just the tip of a very big iceberg.

I really enjoy making my 60-second video reviews, but it doesn't always go smoothly. One-take recordings are quite rare.

Sometimes I need a few takes to get my thoughts straight; sometimes, I mix up my words, forget what I want to say or am just incoherent. Here's a little compilation of some of my cock-ups. Enjoy.