Review: Amy Adams in The Glass Menagerie, Duke of Yorks Theatre - bright sparks but too many questions

Director Jeremy Herrin has chosen to have two actors playing Tom Wingfield in The Glass Menagerie so that when he is acting as narrator, it is an older, maturer Tom. 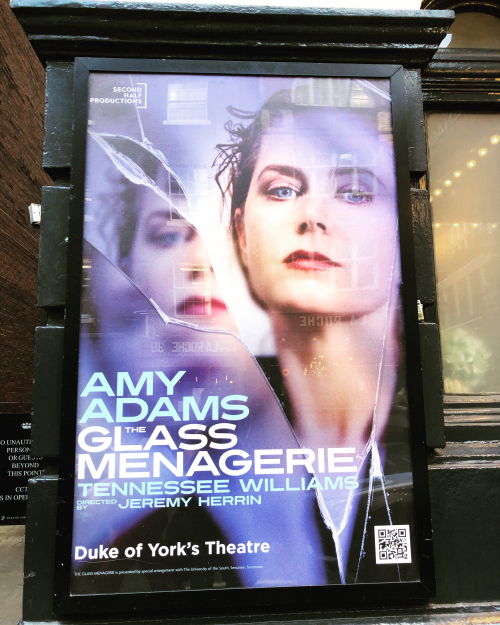 This older Tom, played by Paul Hilton, sets a reflective, melancholy, almost listless tone to the play, but while he hovers around the edges of the stage during certain scenes, where he is absent, it serves to emphasise that this story is his interpretation of events and sometimes conjecture. Tom Glynn-Carney plays the younger Tom.

Amy Adams' Amanda is the antithesis, a matriarch full of bustle and bristle and constantly needling her children.

She is an irritating spark to her despondent and bored son and pushes her shy, nervous daughter Laura (Lizzie Annis) further into her own world. And, she is such a spark that you feel Amanda's absence when she is on stage.

As the play progresses and the prospect of a 'gentleman caller' gets closer, a youthful coquettishness comes out. Adams' Amanda is less a mother concerned about her daughter's future and more someone living out a fantasy rooted in much happier times.

For me, the problem scene was when Laura was alone with her gentlemen caller Jim (Victor Alli). It feels, tonally, as if it's from a different play. Is that the intention? Not having been there, this scene is very much from the imagination of Tom or what the quiet and mentally fragile Laura chooses to relay.

Continue reading "Review: Amy Adams in The Glass Menagerie, Duke of Yorks Theatre - bright sparks but too many questions" »

The Ministry of Lesbian Affairs is one of those plays that unashamedly bursts off the stage, much like the lesbian choir around which the story revolves. 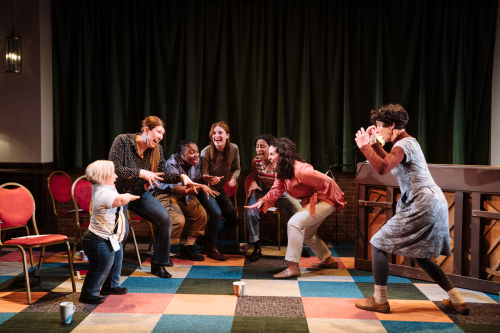 Fed up with being invisible, Connie (Shuna Show) puts the choir forward for an audition to perform on the main stage at Pride. They stand a good chance of landing the gig as there are no other lesbian choirs and the organisers of Pride want more lesbians on the bill.

The choir practice is full of banter, flirting and drama (and a bit of singing), but it's a safe, inclusive and supportive space. Until a badly thought through T-shirt slogan threatens to tear the happy band apart.

And that's what makes Iman Qureshi's The Ministry of Lesbian Affairs a potent piece of theatre. It is witty, laugh out loud, funny and warm, but at the same time doesn't shy away from more serious themes.

Not all in the choir are out or can be out for cultural or religious reasons. The play also presents the harsh reality of prejudice which can turn violent.

There is also debate around exclusive vs shared spaces and what that means for trans women. And the lack of lesbian representation and spaces where they can safely meet up, have fun and flirt.

There is a stillness that descends over a theatre audience when they are gripped and fidgeting when they aren't. In the first half of The Breach at Hampstead Theatre, the audience was fidgeting. 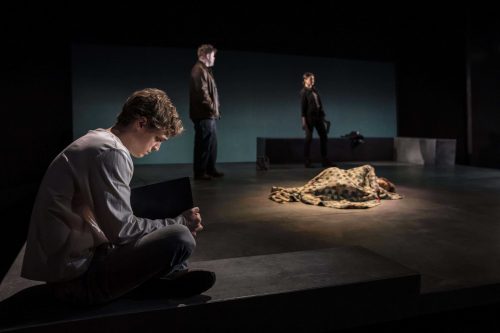 Naomi Wallace's play is a slow burn. And this is despite it switching between younger and older versions of the same characters so that you know some of what ultimately happens, just not what triggered it. That comes in the second half and is where it gets interesting.

The younger versions of the characters inhabit 1977. Jude (Shannon Tarbet) is very protective of her brother Acton (Stanley Morgan), who is very clever but bullied for his perceived strangeness. Their mother is struggling to pay the bills after the death of their father in an industrial accident.

Frayne (Charlie Beck) and Hoke (Alfie Jones) both come from comfortable backgrounds. They want Acton's help with their school work and agree to keep the bullies at bay in return.

Jude is suspicious and doesn't brook any nonsense. Despite this, Frayne, Hoke and Acton form a tight but toxic friendship of dependency and power. They begin to challenge each other to make sacrifices to prove their loyalty.

These are sacrifices with increasingly dark consequences.

Ivo Van Hove is back at the Barbican with a bang and another epic, Age of Rage, which spans six Greek tragedies that follow the fall out of the Trojan war. 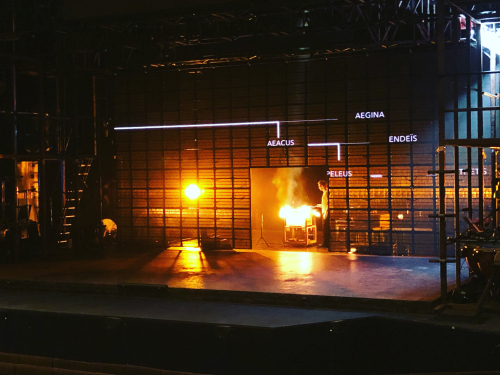 Well, actually, there is a bit of back story first, setting out the spark that ignited a chain of revenge before Paris lured Helen away from King Menelaus. It involves a son being fed to his father type of incident, something which is illustrated by meat being cooked on a flaming grill on stage as you arrive.

Fire is just the start for this tragedy of vengeance; blood won't so much be spilt as poured, and in the second half of the 3 hours and 45-minute play, the protagonists will be literally as well as figuratively mired in mud.

Combining the stories, Van Hove focuses on the anger and the violence it begets, but it isn't the male rage; it's the female.

Fathers sacrificing children to win wars has consequences beyond grieving mothers. Clytemnestra, Helen, Hecuba, Cassandra and Electra are thrust into the centre of the story. But they aren't merely ornaments and victims of male violence, abuse and ego, they are out for blood, and all have agency over what happens.

Van Hove mixes media to powerful effect. A large screen is used to show family relationships, and then the projected images of the innocent children appear following their slaughter, always dancing freely. A reminder of the vital life cut short or maybe a new found freedom from the violent mess of the world they've left behind.