Review: Peggy For You, Hampstead Theatre - an entertaining snapshot of a theatre star

Peggy Ramsay (Tamsin Greig) is a play agent, but she is more famous than the playwrights and the work that she represents. Written by Alan Plater, a client of the real Peggy, the play is set in her office in the late 1960s and covers a day in her life. 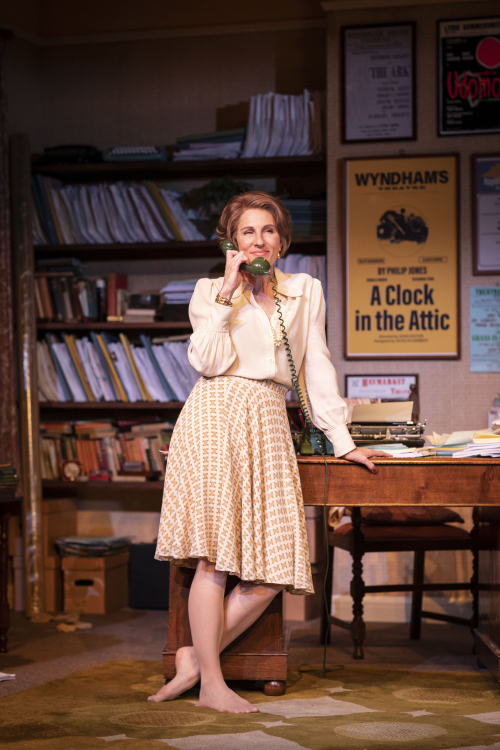 It opens with Peggy reposed on a chaise lounge, reading play scripts. As she reads them, she makes a series of phone calls through which we learn it is early morning, and she's been up all night bailing out one of her clients who has had a brush with the law.

We also learn that Peggy has little regard for the hour and the disturbance that her early calls cause.

As the day progresses, there's the arrival of a promising young playwright Simon (Josh Finan), who, when told what he has written isn't a play, asks: 'What is a play?' It becomes a running theme as Peggy asks various clients for their answers.

Then there is her golden boy playwright, Philip (Jos Vantyler), who arrives announcing that he is getting married, much to Peggy's chagrin - she believes it will kill his creativity. And a disgruntled ex-golden boy Henry (Trevor Fox) visits to tell Peggy he is tired of her interference.

To add to the office bustle, the phone regularly rings. Her secretary Tessa (Danusia Samal), handles calls and other demands, like buying an atlas so Peggy can see where two Yorkshire based playwrights live.

Peggy For You is a character piece where the activity is designed to show who Peggy was and how she was rather than taking her on a journey.

Continue reading "Review: Peggy For You, Hampstead Theatre - an entertaining snapshot of a theatre star" »

Fair Play at the Bush Theatre is set in the world of female athletics. Ann (NicK King) joins a running club and meets Sophie (Charlotte Beaumont), and the two bond over their love of running, drive and ambition to compete at the highest level. 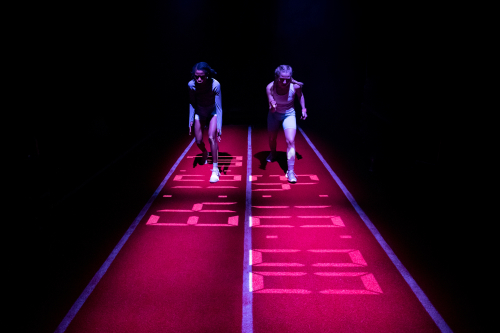 It is simply staged with the lines of a running track marked out and a couple of scaffolding frames. The dialogue weaves around their training regime, the warm-ups, practice races and competitions.

There is banter, encouragement, anger at bad performances and revelations about the sacrifices the two make and the impact training at such a high level has on their bodies.

With snatches of races imaginatively performed, the stop-start pace creates bursts of energy like that which goes into the runs. It envelops you into the landscape of serious athletics.

And so the first half jogs, and it is fun and interesting, but after a while, it starts to feel like it is circling as Ann and Sophie circle the running track. I did wonder if it was leading anywhere.

In the second half, the circle is broken. Just as the two are competing on the world stage, Ann's ambitions for reaching the Olympics are shattered - and the friendship tested.