Review: Walden, Harold Pinter Theatre - space, the frontier that feels too much of stretch

You know when you are watching a play, and you become acutely aware of how an actor is moving around the stage and what they are doing with their hands. It feels conscious and, as a result, distracting. 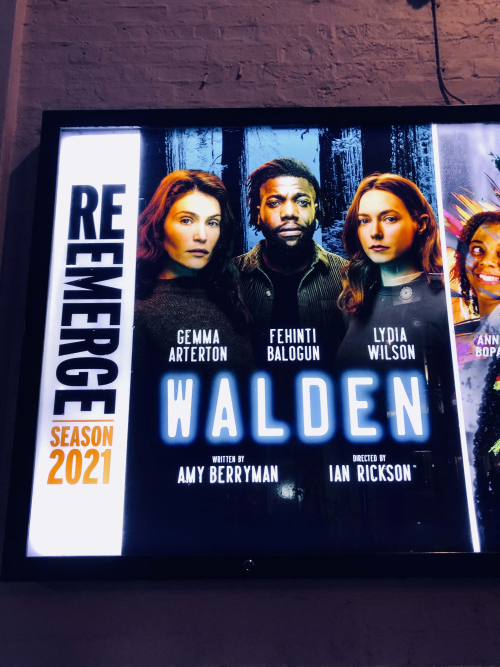 This was how Walden started. I felt like I was watching a series of acting and directing decisions rather than a story. Maybe it was nerves, this being early in the run.

But it wasn't the only distraction.

Amy Berryman's debut is set in the near future when the earth is either beyond saving or savable with radical lifestyle changes - depending on your perspective.

Those in the former camp are in the process of setting up alternative places for humankind to live on the moon and potentially mars.

Twin sisters Stella (Gemma Arterton) and Cassie (Lydia Wilson) started on the same path. They followed their late astronaut father into working for NASA but for reasons only gradually revealed, Stella has turned her back on science and space.

She now lives a simple life with her fiance Bryan (Fehinti Balogun) in a cabin in the woods. They grow their own food, and Stella works in the local bar.

Bryan is 'Earth Advocates' an activist organisation determined to show that the planet will heal itself by living with minimal environmental impact.

Cassie, meanwhile, has just returned from a year-long moon mission to great acclaim.

Invited to the cabin, it is quickly obvious this isn't going to be a relaxed and fun sibling reunion.

Continue reading "Review: Walden, Harold Pinter Theatre - space, the frontier that feels too much of stretch" »

I made my London stage debut alongside Freddie Fox at the Southwark Playhouse. It's not how I anticipated the evening panning out as I chose a seat on the front row (it was unallocated seating) to watch a production of A Midsummer Night's Dream. 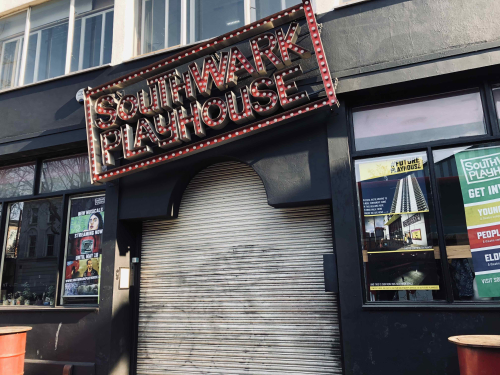 Poly was supposed to be with me but hadn't been able to make it, so I was on my own. I entirely blame her for what happened. The actors would never have chosen me to play a flower had she been sat beside me. I'm convinced.

I should probably mention that a comic device of this production was that it had too few actors to play all the parts - seven actors when there are 17 characters  - and only about four props. The fourth wall was broken at the start as we were asked to use our imagination.

But I didn't need to imagine being dragged onto the stage to play the 'love-in-idleness' blossom which Oberon uses for a love potion.

Despite wanting to imagine being back in my seat, it wasn't easy when the actor playing Oberon was holding my hand, delivering an impassioned speech while looking deep into my eyes.

I thought I conveyed mortification and embarrassment without words particularly well.

However, when the scene was over, and I was able to return to my seat, I got the first laugh of the play by stepping around the tree we'd been asked to imagine in the middle of the stage. #proud

But it didn't end there.