Sunday theatre question: A song you always associate a play

This week's Sunday theatre question is inspired by a comment made on my Instagram post about how a song played during a production of Julius Caesar at the Bridge Theatre became forever associated with that play. 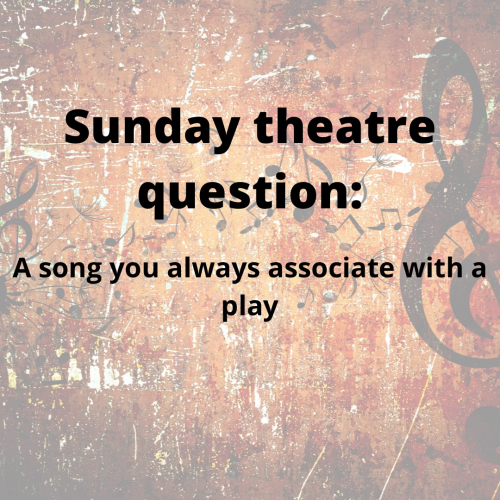 It got me thinking about which songs take me back to a play whenever I hear them.

I've always loved music (just not musicals) and can find songs very evocative of particular times and places, so it isn't surprising that a stand out scene or play can get linked with a song that is played over it in a particular production.

Probably the strongest link is Chris Isaak's Wicked Game which was played during a pivotal scene in A Streetcar Named Desire at the Young Vic, starring Gillian Anderson, Ben Foster and Vanessa Kirby.

It fit so perfectly, tonally and lyrically to what was going on, and whenever I hear it, I think of that play and that scene.

Another song that I always associate with a play is David Bowie's Starman which was used during My Night With Reg at the Donmar Warehouse. It is a song with a bittersweet tone that worked perfectly when it was played for a dance scene at the end of the play.

Lockdown London theatre walks: Bridge Theatre and a conversion to the groundling experience

One of the newest theatres in London, the Bridge Theatre has already made an impression, not least for making the groundling experience enjoyable. 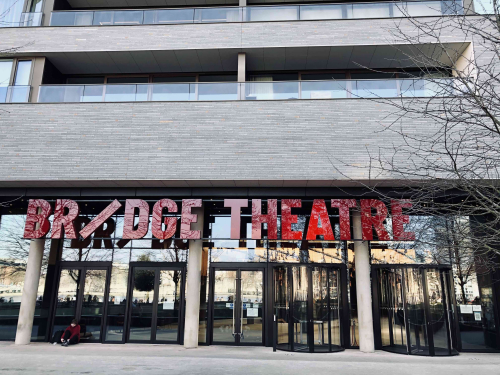 Yes, yes, I know there are plenty of groundling fans out there, but whenever I've tried it at the Globe, I've ended up frustrated with the view, tired and cold.

But the groundling experience at the Bridge was completely different. It was indoors for a start. More importantly, there was no fixed stage for the audience to queue up early for so you could get a spot at the front and see properly.

Crowds are always problematic for me as I'm short, so I end up trying to peer over peoples shoulders to see.

I get ahead of myself; I haven't even mentioned the play. Actually, it was two different Shakespeare productions: Julius Caesar and then A Midsummer Night's Dream.

Attracted by the starry cast

And I have to confess if Julius Caesar hadn't starred Ben Whishaw - and Michelle Fairley and David Morrissey - I may not have bothered. And I certainly wouldn't have opted for the groundling experience. (I booked a seat for later in the run, just in case.)

Because the Bridge is a new theatre, the auditorium has been designed to be flexible with a wide variety of staging options. For Julius Caesar (and then MSND), this meant bits of stage rising from the floor so that the location of the performance changed frequently.

When I think of the Arcola Theatre in Dalston, two things immediately spring to mind. The first involves a famous Friend, the second a friend. 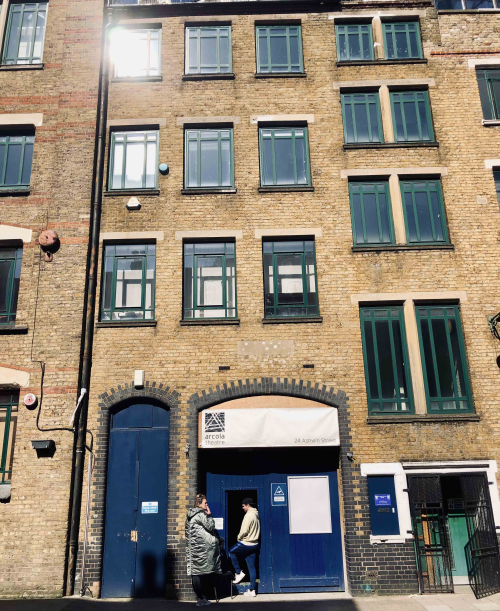 The famous Friend was Rupert Friend, and he was in the Dennis Potter play, Brimstone and Treacle, in the studio space.

It was dark, humourous, and at times uncomfortable play to watch. The play has a domestic setting, but the protagonist Martin (played by Friend) breaks the fourth wall, making asides and direct eye contact with the audience.

Martin is the sort of character written and performed to bring the audience into his confidence while simultaneously making you feel that confidence could be misplaced at any time.

The studio space is small, so proximity to Martin and the sense that something isn't quite right makes that moment when he does catch your eye an all the more uncomfortable experience.

Particularly when you are sat on the front row, his head snaps around suddenly, and he fixes you with a dangerous stare, holding your gaze for what seems like an age.

It certainly wasn't for just a moment.

What also makes it memorable is that the character was a real departure for Rupert Friend. I'd seen him in costume dramas on screen, and in the Little Dog Laughed on stage which was a little boring.