Richard Armitage's Astrov is looking at Aimee Lou Wood's Sonya, a wave agony and confusion on his face. It is approaching the culmination of what is a charged, layered and yet very funny Uncle Vanya, a production in which not a character is wasted. 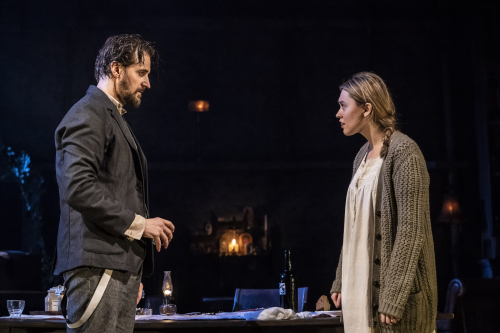 Rarely has Chekhov made me laugh this much and yet equally been heartwarming and sad.

Conor McPherson's adaptation, as directed by Ian Rickson, elevates the piece into an ensemble tragi-comedy without detracting from the protagonist Vanya played by Toby Jones.

I cared about the characters in a way that I haven't before. I confess, I generally find Chekhov's characters difficult to care about veering far towards the self-pitying for my sympathies.

But this production of Uncle Vanya balances humour and pain, despair and stoicism, laugh out loud moments with those that tug the heartstrings. The woman sat behind me was sobbing all the way through the final scene.

Video: This Sunday's theatre question is about whether you've had an unexpected, unscripted audience experience

With live performance, stuff doesn't always go smoothly or to plan. There is a rogue prop, a trip, a cough and occasionally those unexpected incidents spill out into the audience.

So, my Sunday theatre question is whether you've had something happen to you while sitting in the audience or have seen it happen to someone else.

My own 'that wasn't meant to happen to me' experience was while watching Teddy Ferrera at the Donmar Warehouse (review here if you are interested).

Continue reading "Video: This Sunday's theatre question is about whether you've had an unexpected, unscripted audience experience" »

You can tell an awful lot about Colin Morgan’s characters in A Number by the way they drink milk and eat biscuits - there is quite a bit of biscuit eating during Caryl Churchill's hour-long play about cloning. 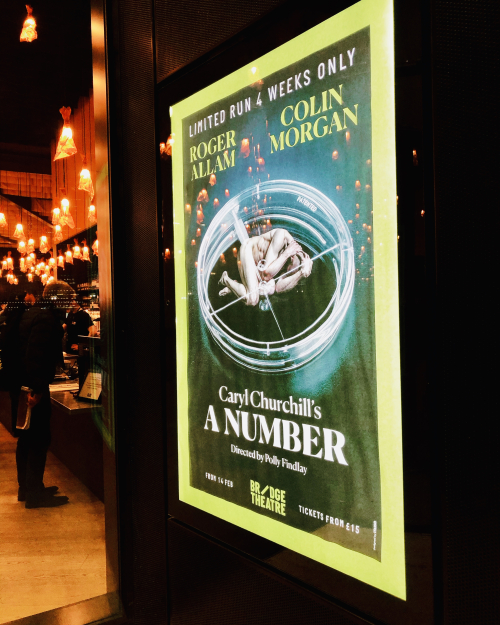 The subtle costume changes, personality shifts and reactions to 'father' Salter's (Roger Allam) explanation of his past the signifiers that, while the looks and DNA are the same, 'life' has created three different people.

The biscuits and milk demonstrating, at times, familiarity with the setting, comfort or awkwardness. And, perhaps, a common, inexplicable character trait shared by his clones.

Giving A Number a domestic setting (the set changes are great) is an important and interesting choice by director Polly Findlay, the previous production I saw felt more clinical with minimal set.

It makes the sci-fi premise - a father cloning his son - more of a family drama throwing the emphasis on the father-son relationship and parenting.

Chyna Brianna Harrison-Bell is a 15-year-old deaf performer and in her eponymous show, she documents a year in her life. 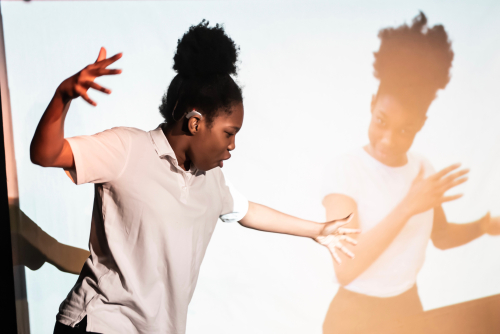 Using video, dance, movement and sign-language and with the help of director Laurence Dollander, we are introduced to Chyna's life at home, at school and with her friends.

Her personality shines through in the expression of her movement and sign language, she is bubbly, funny, full of energy and ideas for the future.

Chyna is a keen observer of others, brilliantly portraying her friends' different personalities in a segment that culminates in an inventive solo re-enactment of a football match.

Video: This Sunday's theatre question is all about directors

On this sunny Sunday morning, my theatre question is all about directors.

Let me know your thoughts in the comments.

I'll still be posting reviews, thoughts and interviews here on the blog, of course.