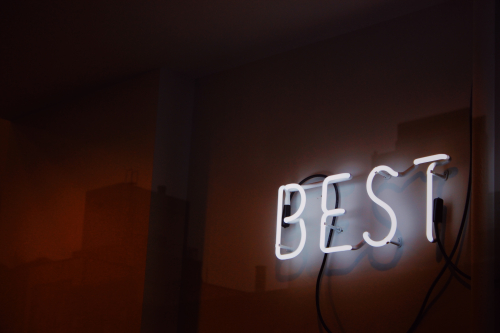 Review: The Duchess of Malfi, Almeida Theatre or where has the magnetic Lydia Wilson been?

Lydia Wilson is back on stage, hurrah! Haven't seen her since she played Kate in Charles III back in 2014 and seeing her as the Duchess of Malfi reminded me how much I've missed her on stage. 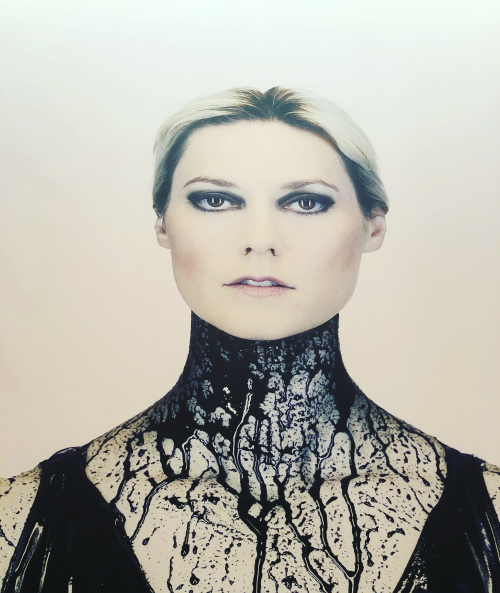 And it was a great way to round off my year of theatre-going, I love a good, gruesome piece of Jacobean drama.

The Duchess of Malfi is a revenge tragedy sparked by the widowed Duchess deciding to defy her powerful brothers and not only marry but marry 'beneath her'.

Her siblings' instructions are motivated by a desire to inherit the Duchess' wealth, snobbery and, in the case of her deranged twin Ferdinand (Jack Riddiford) incestuous lust.

It is a play about power and greed and women's lack of currency in society.

The threat to the Duchess is evidence even before her secret marriage to Antonio (Khalid Abdalla) her gentle former steward.

When her brother picks up a dagger, a family heirloom, during a conversation her nervousness and discomfort marks him out as already dangerous and volatile.

Continue reading "Review: The Duchess of Malfi, Almeida Theatre or where has the magnetic Lydia Wilson been?" » 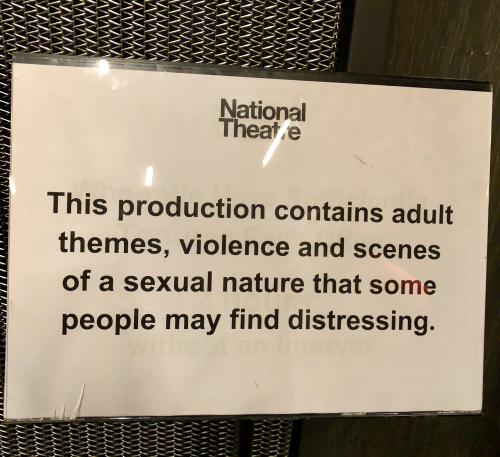 End of year review: My 5 favourite fringe plays of 2019

It's the end of year theatre review time and thought I'd kick off with my favourite fringe plays of 2019. 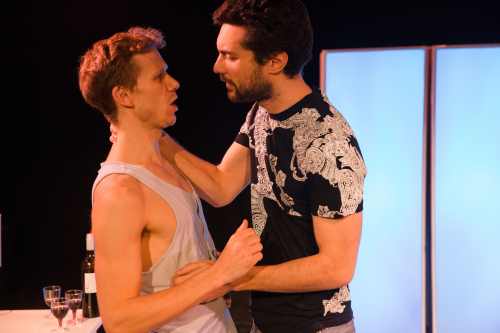 Some of these may well end up on my final top 10 list but this is my way of cheating highlighting some more great theatre.

In no particular order (links are to my original reviews):

David Thame's sexy spy thriller is elevated by emotional depth. It was just as much a play about loneliness and connection as it was about a hitman and his target.

Can't wait to see what he writes next.

Here is a snapshot of my favourite theatre from the past 10 years. I say 'favourite', I've tried not to overthink it, these are simply the plays that stand out most in my memory, the ones I talk about if people ask. 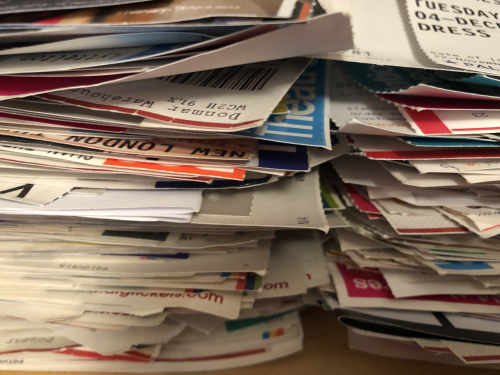 The list is not about plays that broke new ground or changed the theatre landscape - there are plenty of those lists around already - rather these plays just had something in them that I remember fondly.

To say that it has been tough narrowing it down to 10 is an understatement but I get another go next year because my blog is 10 in April. (There, I spoilt the surprise.)

In no particular order (the links are through to my reviews):

1. After the Dance, National Theatre

This is a play that gets talked about in 'theatre circles' a lot. It had a uniformly standout cast and I can still remember Nancy Carroll's snot crying.

But it has a particularly special place in my memory for being the play which turned Benedict Cumberbatch into 'one to watch' for me.

I'd seen him plenty on TV but this catapulted him from jobbing actor to leading man potential in my eyes.

This was before Sherlock hit the screens and as a result, means I can smugly say 'well I've been a fan since before he played Holmes'.

I've seen a lot of Hamlets, more than one a year, and while technically I did see Ben Whishaw's Hamlet for the first time in 2010, it was a recording rather than the live performance so it doesn't count.

Paapa Essiedu's Hamlet for the RSC was the first, since Whishaw's, where I really felt he was a student and acting his age, he was also the most likeable which made the play all the more tragic.

Setting the play in an African country and having Rosencrantz & Guildenstern as 2 of only 3 white characters was also genius because it put them out of their depth in so many more interesting ways.

When I saw it for the second time, in Hackney, a group of teenagers were so swept up in it they leapt up to dance at the end. I don't think there is higher praise than that really.

It's the play in which director Jamie Lloyd had James McAvoy unicycling around the stage wearing just his pants. Have no idea why that sticks out in my mind. Ahem.

The play was brilliantly bonkers too. Wish I could see it again.

Review: Fairview, Young Vic - what stands out a few weeks after seeing it

Fairview certainly isn't a forgettable play. It's been a few weeks since I saw it but I'm only now getting to my review and while some details have faded others remain crystal clear. 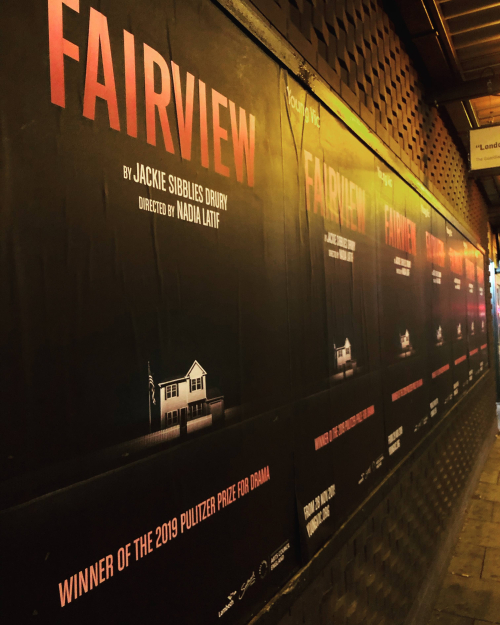 Before I launch into my thoughts, I'll caveat this by saying there may be spoilers in this review, don't read on if that annoys you; I did toy with the idea of writing a spoiler-free version but would rather give free rein to my thoughts, on this occasion.

The closest comparison I can make for Fairview is the Almeida's Mr Burns a few years ago which I didn't get on with brilliantly.

And while it has elements that are problematic, I found Fairview more engaging and powerful than Anne Washburn's play.

It is set in the home of a black family where they are preparing for a birthday meal with their grandmother.

The set felt a little too conventional for the Young Vic, compared to their usual fare and there was something a little soap-opera esque about the story.

But after a whole act of what looked like a standard family drama, setting up characters, tension and mystery, the second act takes on a wholly different tone.

Continue reading "Review: Fairview, Young Vic - what stands out a few weeks after seeing it" »

A few weeks ago I decided to try something new: quick video reviews (reactions) to plays I've just seen.

I've been posting them on my Instagram account and on the Rev Stan Theatre blog Facebook page (connect/like to get all sorts of extra bits and bobs) and thought I might start posting them here on the blog too.

These aren't to replace written reviews, just something extra...and speaking of which I will get around to finishing my full Fairview review but in the meantime, here are some quick thoughts.

Review: A Kind of People, Royal Court Theatre - funny, tough and revealing drama that packs a lot of punch

When Gurpreet Kaur Bhatti's play Behzti was cancelled in Birmingham because of protests she said in a Guardian interview: “Theatre is not necessarily a cosy space, designed to make us feel good about ourselves”. 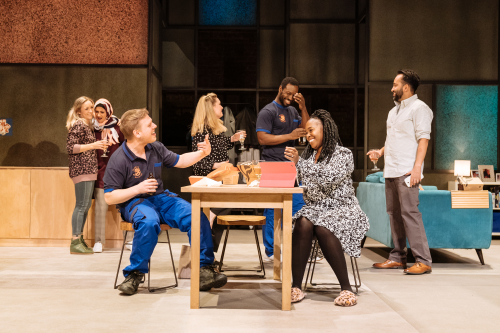 And while A Kind of People generates a lot of laughter it is nonetheless a uncompromising reflection of modern British society that sometimes makes for uncomfortable viewing.

At the centre of the story are mixed-race couple Gary (Richie Campbell) and Nicky (Claire-Louise Cordwell) who have three children.

Their council maisonette is a constant bustle of friends and family - gatherings for birthdays, preparations for school fairs and strategy planning for getting their kids into the local grammar school.

Gary's sister Karen (Petra Letang) is also a regular visitor and has recently split up with her husband.

There is a comfortable and familiar buzz when they gather: friendly banter, old jokes, routine teasing and withering looks.

When that moment of exciting theatre casting news gets dashed

It happened with Jake Gyllenhaal earlier this year and now it's Theo James' turn to get my hopes up and then dash them. 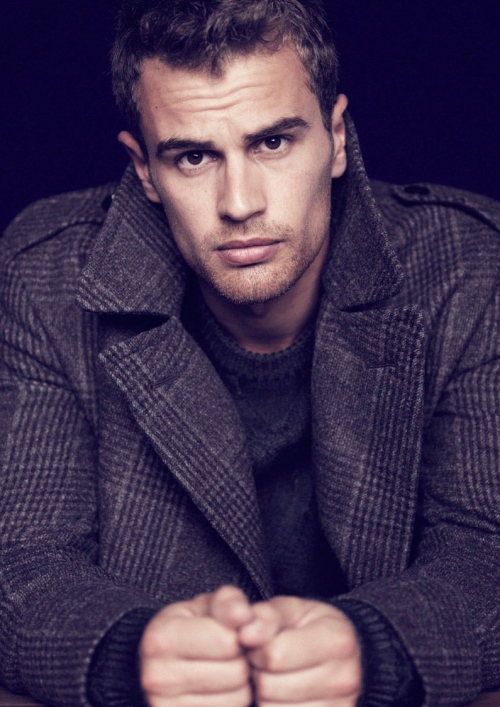 I'm talking about a casting announcement of an actor I really like only to realise it's a musical.

James first appeared on my radar properly in the Divergent film series - I'm a bit of a young adult fiction/film fan.

Then I got to see him tread the boards at the Hampstead Theatre two years ago in Sex With Strangers and he didn't disappoint.

So when I got an email with his name emblazoned in the subject line I got really excited... for a moment.

Teenage Dick is one of those play titles you have to be careful mentioning or googling, a bit like Cock at the Royal Court - but it is wholly appropriate for Mike Lew's play. 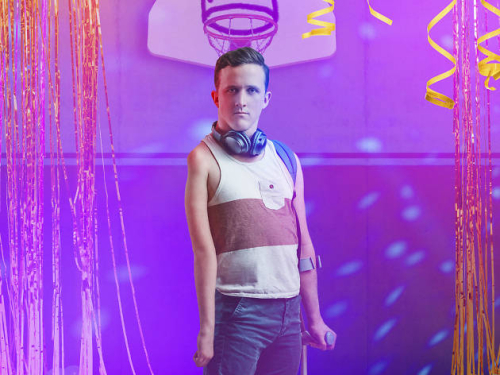 The Dick of the title is Roseland high-school student Richard Gloucester (Daniel Monks) who is based loosely on Shakespeare's machiavellian King.

Hemiplegic Richard is fed-up of being bullied, ostracised or worse, ignored, so with the elections for senior year president looming, he decides he will scheme his way to the top enacting revenge along the way.

However, matters become complicated by Anne Margaret (Siena Kelly) who starts to be more than a pawn in his game.

Richard has to decide what he values and what is worth sacrificing.

Lew's play is a black comedy full of witty one-liners and verbal battles of scathing put-downs.