Love James McAvoy. It was only yesterday I was reminiscing about his knockout performance during a rehearsed reading. 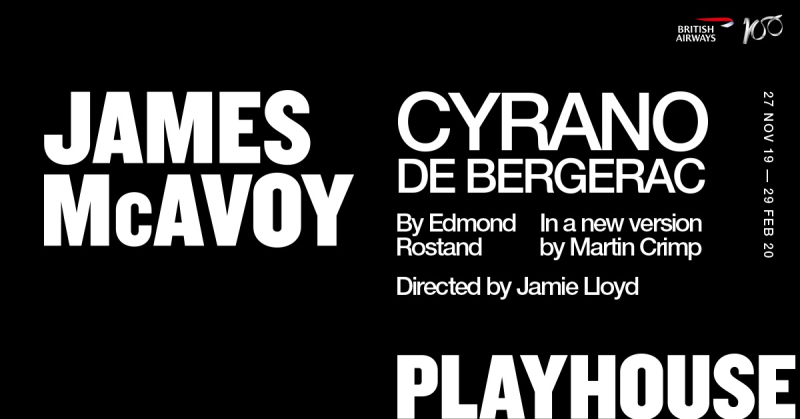 So any announcement that he is returning to the stage is exciting. Except that Martin Crimp, writer of two of my least favourite plays, is involved.

The silver lining is that it's an adaptation, not his own play.

I'm still reeling from having endured When We Have Sufficiently Tortured Each Other earlier this year, not least because that will forever be the first (maybe only) play I've seen Cate Blanchett in.

The vehicle for McAvoy's next stage outing is Edmond Rostand's classic play, Cyrano de Bergerac. How much harm can Crimp do?

Jamie Lloyd is directing which is definitely a plus. He and McAvoy have worked together a number of times before.

What has happened to rehearsed readings? And 3 of my favourites

Rehearsed readings have never been common but they were an occasional feature of the London theatre calendar. 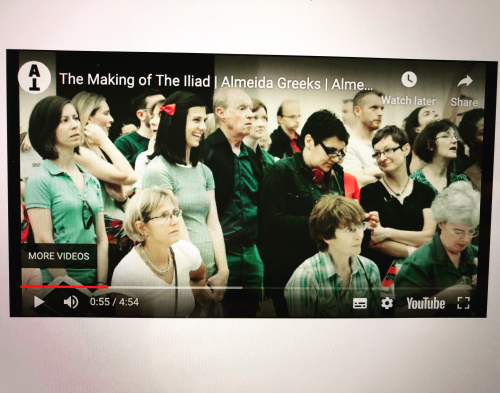 I say 'were' because the practice seems to have disappeared or at least become a rarity in recent years.

Rehearsed readings, for the unfamiliar, are one-off play readings usually done with a day or less of rehearsals.

The actors perform, script in hand on a bare stage, often seated - but not always.

I've seen rehearsed readings for new plays before they go into production but usually, they will mark an anniversary or reflect a theme or season of plays.

The last one I remember going to was Iliad Live* in 2015 when more than 60 actors took it in turns to read the entire Iliad starting at 9 am, at the British Museum before moving to the Almeida for the evening, finishing at 1 am.

What notable rehearsed readings have there been since?

Continue reading "What has happened to rehearsed readings? And 3 of my favourites" » 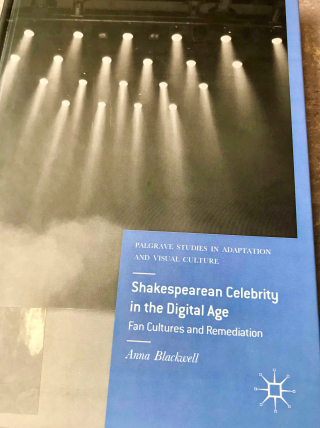 The Actor's Nightmare is six short plays, linked by themes of acting, theatre and performance and brought together for the first time at the Park Theatre. 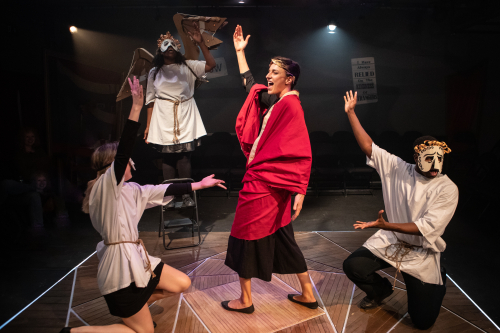 The Cast of The Actor's Nightmare. Photo: Ali Wright

It kicks off with a monologue, Mrs Sorken, which is in part a lecture about the etymology of words such as 'theatre' and part reflection from a theatre-goer.

While observations about the ancient origins of the language around theatre and performance elevate the importance of the medium, the theatre-goer brings things down to earth with a bump, talking about the practicalities of outside theatre and wanting to be home by 10.30.

The irony of the arts perceived lofty importance pitched against mundane reality is refreshing and I'd have liked to have seen more of the audience perspective explored.

If you weren't lucky enough to see Phoebe Waller-Bridge's play Fleabag before it became a TV series and really famous then there is another chance. 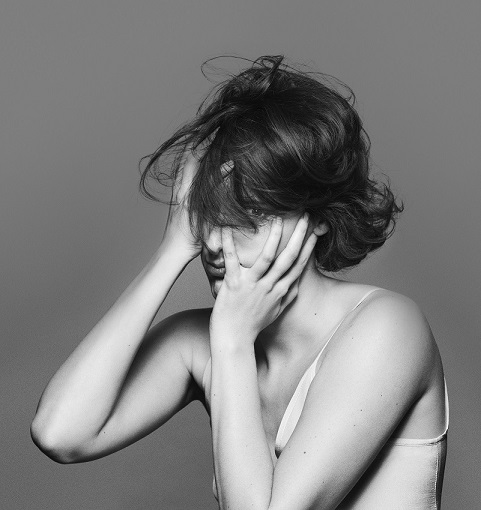 Tickets for the West End run at the Wyndhams in the Autumn are going like hot cakes but there are other ways to get tickets - and at a more palatable price.

1. Online lottery - 50 seats at £15 will be available for every performance via TodayTix .

2. Standing tickets - A limited number of £10 standing tickets will be available from the Wyndham’s Theatre box office on the day of each performance

3 Live broadcast - Fleabag will be broadcast live to cinemas around the UK and internationally on 12 September with National Theatre Live.

Fleabag is at the Wyndhams Theatre from 20 August to 14 September.

And yes, I can smuggly say, I did see Fleabag before it was famous. Not at the Edinburgh Fringe but upstairs at the Soho Theatre when it transferred and I remember it vividly and fondly.

My thoughts on it can be found here.

Equus holds a special place in my theatre-going past because it was seeing the 2007 production with Daniel Radcliffe and Richard Griffiths which reignited my love of the theatre. Would this production live up to its predecessor?

Peter Shaffer's 1973 play is based on a real incident in which a teenage boy blinded six horses.

In his play, he explores possible reasons for the horrific act through 17-year-old Alan Strang's (Ethan Kai) sessions with his psychiatrist Martin Dysart (Zubin Varla).

Dysart has to build up trust with the troubled teen before, detective-like, he can unearth what motivated him to carry out such a violent and abhorrent act.

Scenes from the past

Scenes from Alan's past are re-enacted during his conversations with the psychiatrist.

We see his early encounters with horses, his passionately religious mother and atheist, straight-laced father and his growing pathological obsession with horses.

It is Alan's zeal and fervour which makes Dysart question his own life and the purpose of what he does - what is he saving the boy from? 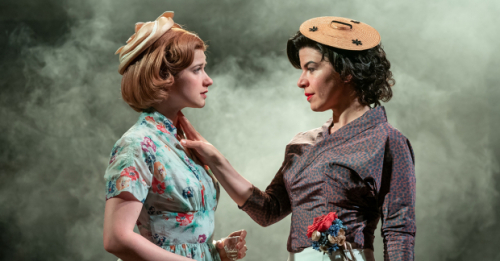 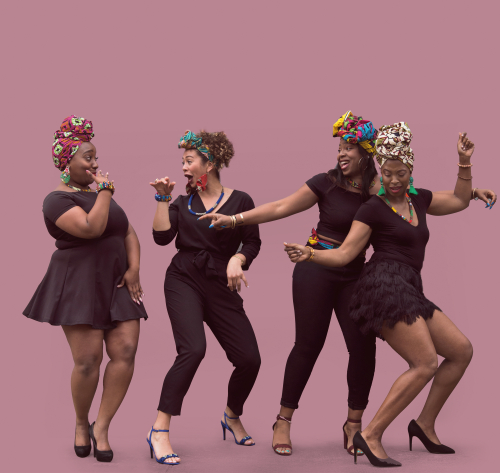 One of the highlights of my trip to the Edinburgh Fringe last year was Nouveau Riché's Queens of Sheba.

It was an exhilarating watch and sparked a strong emotional response so I'm chuffed to see that it is touring the country in the Autumn.

Details of the tour can be found here and if you are London-based, like me, then Queens of Sheba will be at the Battersea Arts Centre 18-23 November.

It's a show I can't recommend enough and if you want to know more, you can read my review here.

The Illusionists are back in London for the summer season with their mix of illusion, thrilling feats, humour and family fun. 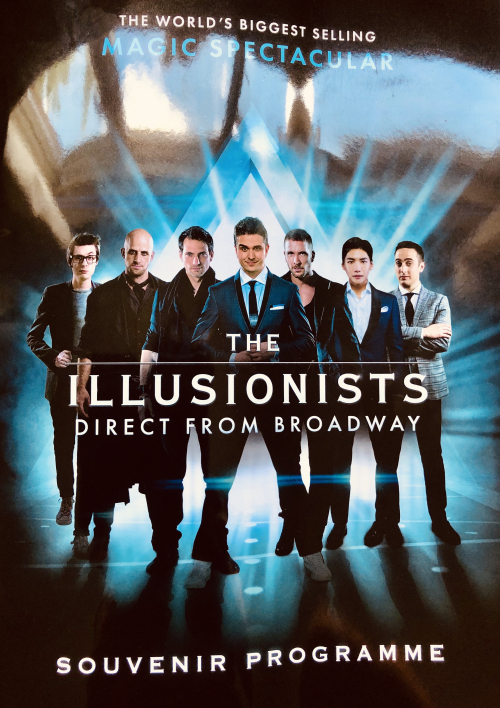 Seven illusionists with seven different styles of 'magic' from the nail-biting and seat squirming to the awe-inspiring and gasp-inducing make up an exciting and varied evening's entertainment.

And while you won't find rabbits being pulled out of a hat there is still a lot that is familiar - sleight of hand, female assistants sliced up in boxes, objects disappearing and death-defying escapes.

But The Illusionists has the slickness and gloss of 21st-century sophistication - Paul Daniel's magic show this isn't - mixed with a new style of  'magic' making the most of digital technology for something that you may not have seen before.

Review: Seven Methods Of Killing Kylie Jenner, Royal Court - makes a lot of what is on stage look stodgy and staid

It made me feel young and old, angry and ashamed, it was interesting, revealing and funny. 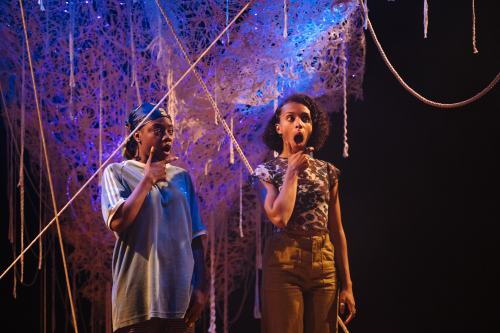 London's theatre scene is awash with productions which offer a 'fresh' take on classics but Jasmine Lee-Jones' play Seven Methods of Killing Kylie Jenner demonstrates exactly what really 'fresh' theatre is - and should be.

Closeted in her bedroom, Cleo (Danielle Vitalis) is venting her anger and frustration at the world using Twitter.

However, she doesn't anticipate the storm she will create not just on social media but with her friend Kara (Tia Bannon).

It starts with Cleo's sarcastic tweet under her handle @incognegro about reality TV star Kylie Jenner being described as a 'self-made billionaire':

"YT woman born into rich American family, somehow against all odds manages to get more rich..."

She goes on to call out the hypocrisy pointing out the cultural appropriation, colourism and inequality.

A glib death threat becomes a musing on how you kill a 'social media figure' and the ensuing Twitter storm serves to highlight not only the toxicity that exists on social media but within society.

Continue reading "Review: Seven Methods Of Killing Kylie Jenner, Royal Court - makes a lot of what is on stage look stodgy and staid" »