Birdie, like the play, isn't the persona she presents, the wit and humour gives way to something that feels like an emotional punch in the gut. 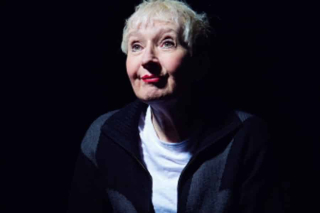 Birdie (Su Pollard) is a hoarder and the bane of her neighbours and social services.

She likes to belt out 80s pop music - Bananarama, Eurythmics - late at night and her house is a health hazard.

Harridan and harpy to most, locals tell children that she’ll take their soul if she catches them looking in the window.

Her comments are sharp and insensitive - and often witty - and she sees the ‘mishaps’ that envelop her as not quite how they appear to everyone else.

However, for all her bluster she has a keen observation and there is an organisation to the chaos of her home, a rationale that unfolds slowly in her life story.

You feel like you are eavesdropping on a conversation at the table next to you - it is utterly compelling and its resonance lingers long after you've left the theatre.

Three women, only ever in pairs, meet in a Dublin cafe for a coffee and a catch-up - not the most magnetic sounding set up on paper but Mark O'Rowe's play, The Approach, is slowly gripping.

Cora (Cathy Belton), Anna (Aisling O’Sullivan) and her sister Denise (Derbhle Crotty) are all friends or least they were really close once.
The years pass all too quickly, things happen - life happens - and now they don’t see as much of each other.

When each pair meets their conversations start with everyday anodyne chit-chat but soon turn to more deeper personal topics such as relationships.

You have to listen carefully for clues as to how much time has passed between meetings - usually marked by relationship statuses.

A particular romantic gesture is a recurring motif and a signifier that something isn't quite straight in what the women are saying.

There is on doubting Killymuck's powerful message, it is moving and tough but there is also love and laughter along the way. Kat Woods' play Killymuck is the story of Niamh who lives on a council estate in Northern Ireland with her alcoholic father, mother and sister.

She's bright, sassy and resourceful but learns early on the disadvantages of living with little money. It's a personal story of growing up in difficult circumstances and one which aims to not only expose class stereotypes but also demonstrate how they exacerbate the problems.

In an engaging monologue, slickly performed by Aoife Lennon, we track Niamh's life through school the narrative peppered with factual interludes, stats and research that relate to what is going on in her life.

There is an ease in her storytelling and Lennon's performance that brings out fun and laughter in Niamh's life while exposing the injustice of the cards she has been dealt. Simon Evans and David Aula have written and are performing in not one but two shows back to back at the Fringe. Mad? Perhaps.

Known for directing dramas such as Killer Joe and The Cement Garden, here they play magicians - are magicians - performing a series of spellbinding card, vanishing and mind-reading tricks.

But there is a narrative too, these are more than magic shows and each play has a theme and a personal story - and lots of amusing and clever audience participation (sit further back if that makes you uncomfortable).

This play centres on a trick by Edwardian magician David Cedar in which he seemingly vanished into thin air, never to be seen again.

Described as the magic trick that got away, Evans and Aula explore the concept and theory of magic in order to work out how it was done - recreate it to explain it. Sort of.

They cleverly work the audience or rather get the audience working not just with assisting and close up observation of tricks - picking cards etc but also feeding lines of dialogue.

It is funny but not at anyone's expense and cleverly draws you close while distracting you with amusement.

Fast-paced, there is a lot that is impressive from the magic itself to the way the narratives weaves and how seemingly random threads come together.

It is frolicking, clever fun and ends with a poignant punch line.

Edinburgh Fringe Review: A play losing its way in The Journey, Pleasance Dome

There is good writing here and some good ideas but it loses its way. 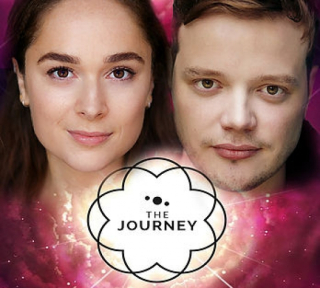 The Journey is the story of a romance set on a lonely spaceship but it's also a play within a play, the trials and tribulations of two actors putting on a play at the Fringe.

Written by stand up Stuart Laws, it starts off with an interesting premise, a couple in the first flush of their relationship win a trip on a spaceship - it's a solo trip and will take the best part of a year.

At first, the couple are still in that cute phase with their own jokes and language shortcuts but the isolation - and lack of decent reading matter - inevitably begins to put a strain on the relationship.

Emotional baggage is revealed and history comes back to haunt them and petty squabbles start.

The actors break the fourth wall to occasionally narrate their performances and comment on how they've adapted to certain logistical challenges in the production.

It's amusing and cleverly blurs the lines between the two narratives leaving you guessing where one story ends and the other begins.

However, you know the cute romance phase is not going to last forever - otherwise, where would the drama be? If you’ve watched Peaky Blinders then with Incognito Theatre's Tobacco Road you’ll be on familiar territory.

The real-life, Birmingham-based gang whose world is depicted in the BBC TV series is not only name-checked but so are several other characters.

Tobacco Road is set in London between the wars and charts the rise and fall of the Tobacco Road gang from their early days involved in petty theft and organised fights to large-scale organised crime and hedonistic notoriety.

Incognito Theatre’s style is to blend segments of more conventional dialogue with movement and it is the latter which impress.

From a boxing ring sequence to bar brawls and nightclub revels, each is brought evocatively to life with skilful and imaginative choreography.

At the start is it two female gangsters that are on top, using their brains as well as a bit of brawn and running rings around the more muscle-heavy local male gang. 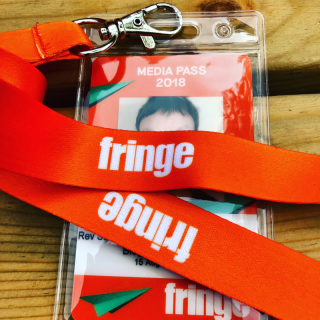 1. OMG, there are venues everywhere. Everywhere. And posters for shows.

2. People queueing to get into the venues are lovely and chatty; great camaraderie, sharing recommendations and tips.

3. The actors say a few words at the end of a play and often will big up each others' plays.

4. The venues can get very warm.

5. Actors walk around the streets in costume like its normal. 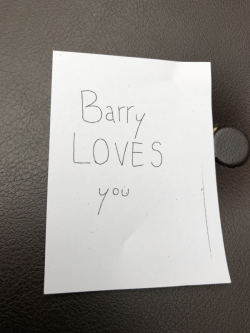 Edinburgh Fringe: Ladykiller or how to use gender stereotypes to get away with murder, Pleasance 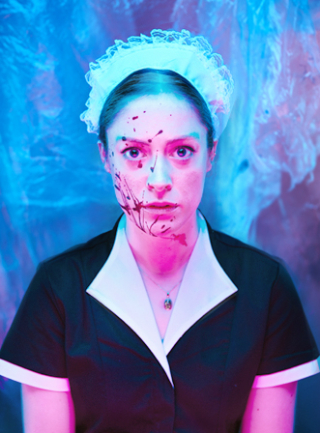 Her (Hannah McClean) uses female stereotypes to her murderous advantage.

Gould has done her research. She knows the psychological profiles of different types of killers, knows the assumptions and the boxes into which criminals are placed.

When Her describes blood it is sensuous and she revels in it as you would a more innocent substance.

Her is a perverse figurehead for female empowerment and it is that darkness and contradiction that I loved.

Continue reading "Edinburgh Fringe: Ladykiller or how to use gender stereotypes to get away with murder, Pleasance " »

From the archives: A Ben Whishaw Hamlet interview

Don't ask me why I was googling Ben Whishaw and Hamlet but I came across this interview which I don't think I've seen before and it struck me because it's probably the most candid he's been about playing the part - and the audition process.

Asked how he sees his own Hamlet, Whishaw describes him as "still a boy, hypersensitive and hyperactive. His relationships with his mother and his girlfriend are perhaps more fraught than a 35-year-old might suggest on stage, because we make strides to remind everyone he's only 19."

You can read the full interview with Ben Whishaw on the Evening Standard website.

And my Hamlet review, which I described as my 'Hallelujah moment', written after watching it at the V&A archive.

Review: Teenage suicide told through the eyes of teenagers in Breathe, Bunker Theatre

Despite the continual presence of others, the feelings of isolation and vulnerability remain.

Breathe is a play about teen suicide told through the eyes of teenagers. 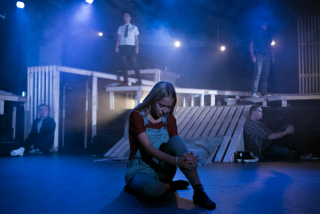 Breathe at The Bunker - courtesy of DF Photography

In fact, it's produced by youth theatre company Athenaeum which gives it an interesting and insightful lens through which to explore the topic.

We know right from the start how this play is going to end, the story is the journey: What leads three teens to step over the edge?

Jack (Byron Easmon) displays symptoms of manic depression and is obsessed with how he looks, Sam (Martha Hay) has got herself into an inappropriate relationship with an authority figure and Leo (George Jaques - also the writer of Breathe) is struggling with his sexuality - and grief.

Each story is told via a relationship to a significant person in their life: Girlfriend (Elizabeth Brierley), boyfriend (Douglas Clarke-Wood) and older brother (Gus Flind-Henry) and the narratives interweave with sometimes two or three playing out simultaneously.

It has the effect of giving the play spikes of an almost overwhelming turmoil. Frustrations are not just expressed verbally but also in action, often repetitive behaviour such as hammering on a laptop keyboard.