June was a big month for new production and casting announcements, here are the ones that caught my eye including two Game of Thrones actors heading to the stage.

• Angela Carter novel Wise Children has been adapted for the stage by Emma Rice for the Old Vic Autumn Season. Rice will also direct and previews start on October 8. 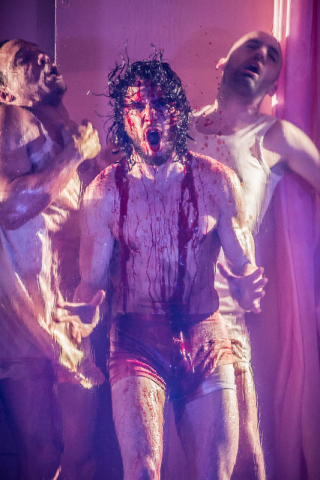 Kit Harington previously appeared in the bloody Doctor Faustus and is set to star in True West.

• After Donmar's The Way of the World at the Donmar earlier this year, there is more restoration comedy to look forward to, this time William Congreve's play The Double Dealer which opens at the Orange Tree Theatre in Richmond on December 7.

• And talking of the Donmar, Michael Longhurst has been announced as the replacement to Josie O'Rourke as artistic director. He takes over in March 2019.

• Hollywood star Cate Blanchett is going to be treading the boards at the National Theatre with Stephen Dillane. Yay. What is tempering my excitement is it's a Martin Crimp play with a pretentious title and directed by marmite director Katie Mitchell. So torn about whether to see this one.

• Game of Thrones' Jon Snow aka Kit Harington is following up his turn in the bloody Doctor Faustus starring in Sam Shepherd's True West with Johnny Flynn at the Vaudeville Theatre. Previews from November 23.

Underbelly review: Sassy, cheeky and playful Circa's Peepshow - sweet dreams are made of this

You leave feeling like you've experienced something like a strange but comforting dream; sweet, sassy and definitely sparkling with spectacle. Circa's Peepshow, photo by The Other Richard

A combination of dance tumbles and seemingly impossible acrobatics Circa's Peepshow has more about it than just human daring, physical ability and skill.

Moments akin to an interpretative movement piece suggest - at different times - metamorphosis, mechanical breakdown or something from natural the world.

Sometimes an individual, sometimes performed collectively like one organic mass, interweaving the dance-like movements with small but impressive physical feats that might build to something quite spectacular that has the audience astonished.

Throughout the show is injected with a sassiness, a sexiness but also something that is cheeky, playful and innocent.

The pace varies. There are beautiful gliding movements forming static shapes that feel at home in the natural world but incongruous with the human body that is creating them.

Faster piece exudes muscular energy often coupled with an almost bolshy rough and tumble, bodies hitting the stage with such crashes as to draw sharp intakes of breath from those watching.

Continue reading "Underbelly review: Sassy, cheeky and playful Circa's Peepshow - sweet dreams are made of this" »

In more than a decade of blogging about theatre, I've never been to the Edinburgh Fringe but that is changing this year.

I'm going with the Network of Independent Critics for a week and I'm stupidly excited and slightly overwhelmed already - all tactical and survival advice gratefully received.

My main focus for the festival is intersectional theatre - plays not musicals - and I'm looking to do some preview interviews in the run up.

If you have a production that might fit the bill and are open to reviewers, do get in touch via Email Me which is just below 'About' in the right-hand column.

This is in many ways a polished production but with most of the action set away from the battle fields it does start to feel like you are a spectator at a very long chess game.

According to chat in the toilet queue, when Boris Johnson came to see Imperium he commented to a member of staff that he'd come to see real politicians - or words to that effect. (Edit 10/7: Did the play inspire his recent metaphorical stabbing of Theresa May in the back?) Given what unfolds in Imperium I: Conspirator and Imperium II: Dictator namely the deplorable display of ego and power lust it doesn't feel like it contrasts too greatly with the current UK political landscape.

There are running gags and a continuity of characters with narrative arcs that thread through the two plays so I'm not sure how Dictator would stand up if you saw it in isolation.

Based on Robert Harris' Cicero novels, the story is told by Tiro (a charming Joseph Kloska) Cicero's sensible assistant and biographer.

He breaks the fourth wall drawing you along with amusing observations and recaps.

Conspirator follows Cicero's rise against all the odds. He is from a relatively humble background compared to his political peers but is clever, quick thinking and a skilled orator.

His wife Terentia (Siobhan Redmond) is wealthy and supports his ambitions.

He is a family man, dotes on his daughter Tullia (Jade Croot) and wants to ensure democracy endures and is corruption-free.

Noble aims but challenging in an environment where power and status are everything and money can easily sway.

Julius Caesar appears to be a man of the people but Cicero sees through him, sees his dangerous hunger for ultimate power.

A political battle to stop his rise ensues,  a chess-like game of moves and counter moves always trying to stay one step ahead of each other.

Cicero teeters on the edge of righteous bore, blinkered by his goals and past successes but by the end of Conspirator he has failed to stop Caesar and past decisions come back to haunt him.

Best (and worst) of London theatre for 2018...so far...and the actress in two plays on the list

As the halfway mark of 2018 rushes past, it's time to reflect on the highlights and low lights of London's theatre productions so far (edit: scroll to the bottom for the most read posts). 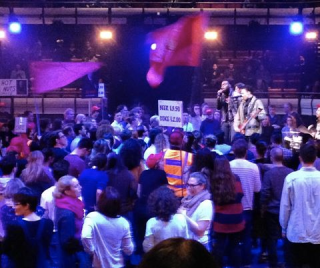 I'm not sure whether it's a reflection of more varied programming generally or just where my interests predominantly lie these days but it's a list dominated by women protagonists and BAME stories.

Best of the big stuff (West End and off West End)

Carey Mulligan's performance is a tour de force, precise, subtle and complex. It is a devastating and brilliant piece of theatre and it's transferred to the Minetta Lane Theatre in New York Theatre where it runs until July 22.

Like My Night With Reg crossed with God's Own Country and the steamiest flirtation on stage for a long while.

Stuff with Ben Whishaw in it doesn't always make it into my best of lists but being part of the mob was at times like being at a rock concert, a rally and in the middle of a war - never thought I'd enjoy standing at the theatre.

Had no prior knowledge about the true events this play is based on but it proved the adage that the truth really can be stranger than fiction.

The first of two appearances on this list for Patsy Ferran, Summer and Smoke was a delicate, yet tense and heartbreaking play and I'm so glad it's got a transfer to the West End. See ATG's official website for details.

Continue reading "Best (and worst) of London theatre for 2018...so far...and the actress in two plays on the list" »