That was April in London theatre-land - cast announcements, transfers and thesp spots * Bertie Carvel is back at the Almeida, this time he's been cast with Richard Coyle in the new James Graham play Ink which is set on Fleet Street in the 1960s. Bertie is playing Rupert Murdoch and Richard is playing Larry Lamb.

* Stan fave Forbes Masson (loved him as the devil in Dr Faustus) will appear in Terror, Lyric Hammersmith which opens in June. The play is set around a court case and the audience gets to decide whether the defendant is guilty or not guilty.

* The new Bridge Theatre's first season was announced which naturally generated a lot of excitement because Ben Whishaw is playing Brutus in a promenade performance of Julius Caesar, alongside David Morrissey as Mark Anthony and Michelle Fairley as Cassius. There were other gems in the season announcement too, Rory Kinnear is taking the lead in a new Richard Bean play Young Marx alongside Oliver Chris. (I wrote a piece on the new season and ticketing.) 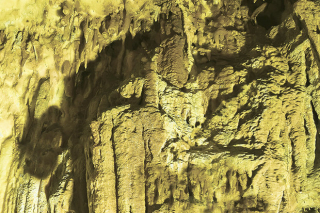 I'm a huge fan of Simon Stephens but I'm not a huge fan of this particular piece of work. His plays can be poetic and lyrical but in Nuclear War he's forged into new territory, collaborating with movement director Imogen Knight for a piece in which the dialogue is interpreted by movement. The result is a 45 minute piece of abstract and odd ideas and abstract and odd dialogue around a woman venturing outside her home.

Watching it was the mental equivalent of chasing the tail of a kite as it swoops through the air, desperately trying to grasp some meaning or coherence or understanding or even just feel something about what was going on in front of me. It's described on the Royal Court website as a 'series of suggestions on desire, death and time' but I'm not sure which of those three, eating oranges through a pair of tights would actually fall under.

The Guardian's two star review online has a handful of comments one of which says: "Film and TV are generally expected to have a plot. Theatre gets a free pass. Even as someone who loves theatre, I've never understood why." And I must admit that I agree. I don't want to be spoon fed - some TV and film is terrible for 'Basil Exposition' - and I'm all for metaphor and symbolism, being challenged and interpretation but I do want a little bit of something, a piece of tail to grasp.

Recently I saw Nina Raine's new play Consent at the National Theatre and to put it simply, it was an interesting, entertaining and thought-provoking story really well told and its been a while since a new piece of theatre successfully ticked all those boxes. It reminded me of why I go to the theatre and what I enjoy about theatre. Nuclear War made me think about what I could have been doing instead. It left me unmoved and grateful it was only 45 minutes long. I'm giving it one star.