HORROR ADAPTATION - JB Priestley's novel Benighted is described as a masterwork of horror literature. It was adapted by Universal into a film version called The Old Dark House in 1932 and now it has been adapted for the first time for the stage by Duncan Gates. You can see it at the Old Red Lion Theatre in Islington from Dec 6 to Jan 7, 2017.

FRINGE TRANSFER Stuart Slade’s BU21 is transferring to Trafalgar Studios following its award nominated, sell-out run at Theatre503. BU21 follows six Londoners in the aftermath of a fictitious terrorist attack, based on real testimonies gathered from a variety of terrorist incidents including the 7/7 bombings, 9/11, the Paris attacks and the 2013 Westgate shopping mall attack. It runs from Jan 4 to Feb 18, 2017.

COMEDY It's just a dinner party. A normal civilised dinner party. Except it's not - definitely not. Jess Bray’s hilarious Ayckbourn-esque play, Swing By Around 8, about two couples with two very different ideas about a certain dinner party comes to Theatre N16 this month. It is part of the Balham theatre's new First Credit Scheme which helps new actors and directs get their first professional credit. It runs from Nov 20 to Dec 1.

OFFICE POLITICS Work Play written and performed by Nick Field at the Oval House Theatre leads the audience playfully through office politics with an inventive soundtrack, political satire and an awkward office party. Catch it's brief run until this Saturday (12 Nov).

TENNESSEE WILLIAMS SHORTS These four short plays date from Williams’ early years as a playwright and are perfect little gems, exploring many of the themes that dominated his best known works. Under the title Wild at Heart you can see them at the Pentameters Theatre in Hampstead until Nov 20.

BLACK COMEDY Ella Hickson’s critically acclaimed dark comedy about suicide, Boys, comes to the LOST Theatre, Stockwell. This new revival is directed by James Thacker, new associate director, following his full-length directorial debut, Mojo by Jez Butterworth, at LOST in 2015. It's got a short run from Nov 23 to 26.

WEST END TRANSFER Neil McPherson's It's Easy To Be Dead is transferring to Trafalgar Studios after a successful run at the Finborough Theatre. It tells the story of a young man killed during the first world war who leaves behind a collections of letters and poems. It opens tonight and runs until Dec 3.

That was October in London theatre-land 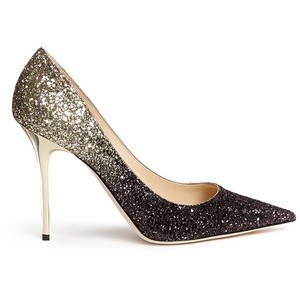 * Had to leave my Jimmy Choos at home when I went to see Lunch and the Bow of Ulysses at Trafalgar Studios 2. The theatre had imposed a stiletto ban because of the wooden stage which you have to cross to get to your seat. Turned out to be one of the most interesting things about the play.

* St James Theatre, now under the ownership of Andrew Lloyd Webber, is to be renamed The Other Palace (see what they did there?) and will the ‘home of new musical theatre’. That’s one less theatre’s programme for me to keep tabs on then.

* With the announcement of new temporary venues and new fringe venues, Mark Shenton and Jake Orr asked the pertinent question: Does London need more theatres? (No - there are more than enough to keep me entertained as it is.)

* Daniel Radcliffe is returning to the London stage in what might possibly be the only Tom Stoppard play I like: Rosencrantz and Guildenstern are Dead. Stan-fav Joshua Maguire co-stars  and it opens for previews at the Old Vic on Feb 25, 2017.

Continue reading "That was October in London theatre-land" »

The stage at the Old Vic is being 'cleaned' as we take our seats and a few of the cast dressed in what looks like their regular street clothes amble around chatting. It is brightly lit and you can see spare lighting rigs at the side of the stage and there isn't much by way of set and props except a white screen and a row of cheap plastic chairs.

It feels like we've walked in on a rehearsal rather than a full blown production and this becomes a bit of problem once the play has started. While there are no scripts to be seen and the actors are definitely in full flow, the direction and sparseness of the stage make it feel, to use PolyG's words, like a glorified rehearsed reading. 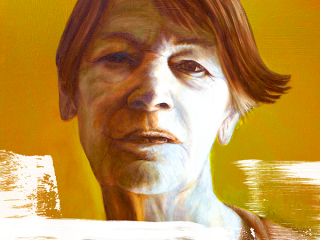 After about an hour it kicks in although by that I mean it has its moments. Rhys Ifans lights up the stage as a super-hero costumed Fool although as a result his appearances feel all too brief. Harry Melling too feels compelling as Edgar in fact it is the scene where he sees his blinded father for the first time where I was most moved. It is interesting that director Deborah Warner has chosen to distinguish between Edgar and his brother Edmond (Simon Manyonda) by making one a fitness addict and the other a chocolate addict and it is the bad brother that is into exercise.

Jane Horrock's stalks the stage as the painted-on-jeans, high-heels wearing Regan and Sargon Yelda's Kent brilliantly switches between accents as his disguise which works really well.

But this is Glenda Jackson's show or at least it should be. She gives an energetic performance that belies her frail looking frame but it isn't enough to captivate and ultimately engage.