Official production photos have arrived for the Old Vic's The Caretaker starring Timothy Spall, Daniel Mays and George MacKay. I saw it last week and and found it challenging and rewarding. Set is pretty amazing too: That was March in London theatreland 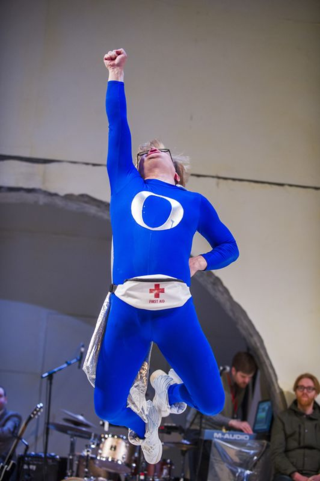 Jonathan Broadbent as Oberon in A Midsummer Night's Dream. Photo by Tristram Kenton.

More grumbles but also plenty of laughs in March, we needed them what with the weather and everything.

* Endurance play-watching continued in theatreland this month with Les Blancs at the National Theatre clocking in at three hours including an interval and The Caretaker at the Old Vic running for three hours and 15 including two intervals. Both 7.30pm starts. I'm not going to go over old ground but...I'm using it as training for Ivo Van Hove's Kings of War at the Barbican at the end of April, think that hits the four hour mark but at least the start time reflects that.

* March made me realise there isn't enough really good comedy on stage mainly because there have been two really fun plays in the past month. First up was Filter Theatre's A Midsummer Night’s Dream at the Lyric Hammersmith during which I got told off for laughing in anticipation of the punchline and then Richard Bean’s snooker-themed The Nap at The Crucible. Haven’t laughed as much since One Man, Two Guvnors.

* Big casting announcements came from the Almeida - not that we hadn't already heard the rumours of course - but yes Andrew Scott officially becomes 2017's hotly anticipated Hamlet with Juliet Stevenson play Getrude (get me a ticket now!). And I'm not normally excited about seeing Ralph Fiennes on stage but he's playing Richard III at the Almeida and I quite fancy seeing him play the Machiavellian king (he was a great Voldemort after all).

* Celeb spots: Phyllida Law sat next to Poly and I at Reasons To Be Happy at Hampstead and then Poly ‘shared’ the tube with Vanessa Kirby and ‘bumped’ into Damien Molony in M&S at Moorgate. Sadly we just missed Angelina Jolie's trip to see Jack O'Connell in The Nap at The Crucible, she must have read my review as the visit couldn't possibly have had anything to do with him starring in her directorial debut on the big screen.

Continue reading "That was March in London theatreland" » 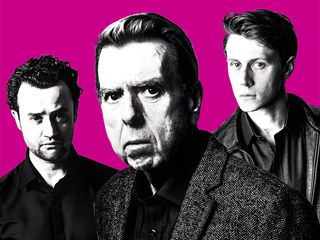 It's raining heavily outside the Old Vic, it's raining inside too.  The stage is obscured by a slate roof onto which rain pours. As the lights go down the roof lifts up and back to reveal a junk-filled, tatty attic room.

There is a bed to one side and a bucket hangs from the ceiling to catch drips. There is one window and rain trickles down the outside. There are voices from the other side of the one door to the room and through it steps a man in a smart grey suit and an old man with wild, wiry grey hair and a tatty old-gent suit.

If you are going to see your first ever production of Harold Pinter's The Caretaker you might as well make it big budget production with actors of the calibre of Timothy Spall, Daniel Mays and George MacKay. First production? Shocking I know, the play has taken on almost mythical qualities because it's a classic I haven't seen. I've not read it either so I'm experiencing the play (and Spall on stage) for the first time.

He plays Davies, a homeless man, whom Aston (Daniel Mays) has rescued from a brawl. Aston lives in the room which is in a house owned by his brother Mick (George MacKay). He's doing it up for him, although he never seems to do much other than try and fix a plug or stare deep in thought. Davies talks without really seeming to say anything of any substance and Aston doesn't say much he just goes about working on the plug.

Mick, when he appears, talks a lot, fast and aggressively but again doesn't say much of any substance. They are all slippery, half-characters, you learn little of their history the irony being that Davies, the most loquacious, is probably the least reliable narrator. He says what he thinks people want to hear allies himself to whomever he thinks will let him stay. It is a tactic that doesn't reckon on family loyalty.

Theatre hottie of the month: March 2016

And London's theatre hotties are back. After a dry February in which I had to go state-side to find a stage hottie, March has seen not one, not two but three contenders for the crown.

First up there was Elliot Cowen looking rather hot in combat trousers in the brilliant Les Blancs at the National Theatre. Then there was Jack O'Connell who stripped down to boxers in an otherwise odd dream sequence in The Nap but both were pipped by the rather lovely James Norton in Bug at Found 111. It is an odd play and his character does go a little crazy but oh he did look hot in his vest even when it got blood stained. 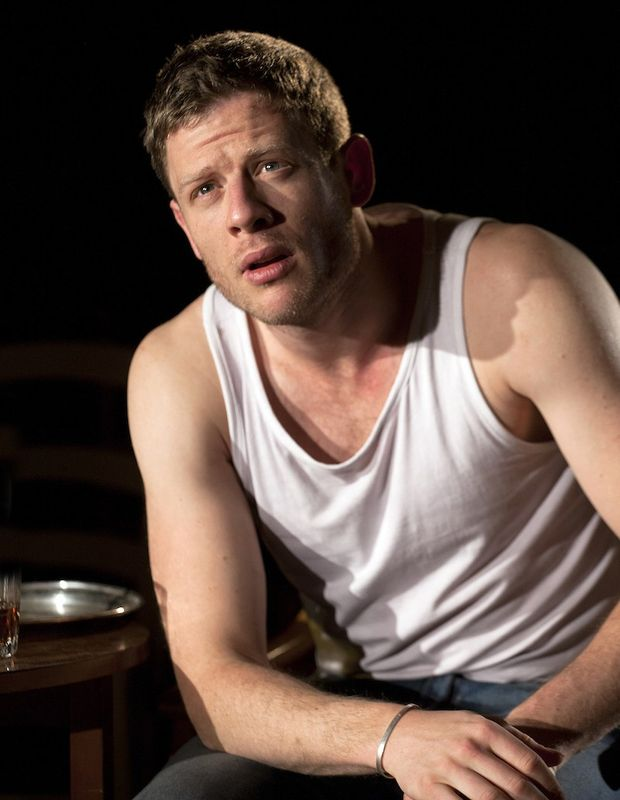