Little Eyolf opens with two women excited about the return of Alfred (Jolyon Coy). Rita (Lydia Leonard) is Alfred's husband and Asta (Eve Ponsonby) is, well, at first that it isn't clear what her relationship is and that is part of the genius of Richard Eyre's production. Her body language suggests more than familiar love, is she a sister in law with secret desires?

Once their relationship is revealed there remains a residual feeling of ambiguity about her feelings for Alfred that permeates all their encounters. Alfred for his part is a bit of a block. He's been away hiking in the mountains in order to kick start his writing again but in the nature of his return neither Rita or Asta will be at peace.  While he was away he had an epiphany about his life, decided to give up writing and instead devote his time and attention to his son Eyolf having previously neglected him.

This isn't music to Rita's ears who feels her husband is slipping away from her, transferring his affection onto their son. She is desperate to rekindle the passion they had when they were first married, to the point where she strips off in order to provoke her husband. Lydia Leonard's Rita is a complex mix of suppressed sexuality, jealousy, loneliness and desperation. She is like a mother lion defending her cub in whatever way she can except she is defending a relationship that is slipping from her grasp.

Always been a bit 'meh' about Romeo and Juliet but this publicity shot of Richard Madden and Lily James who star in Kenneth Brannagh's production, scheduled for May to Aug next year, might just have piqued my interest. Not sure why. Ahem. 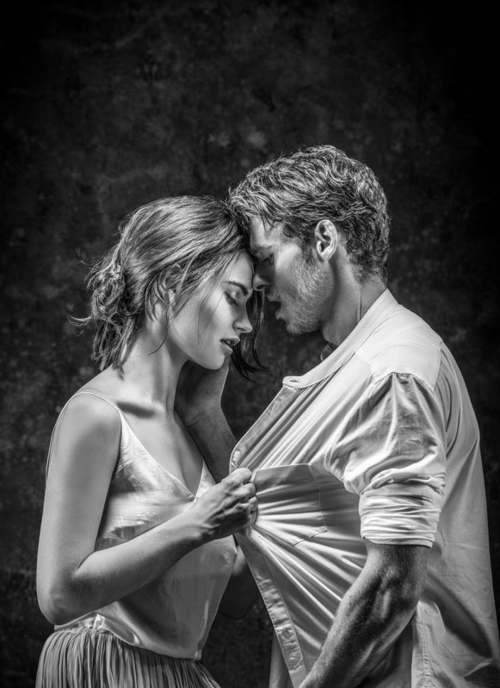 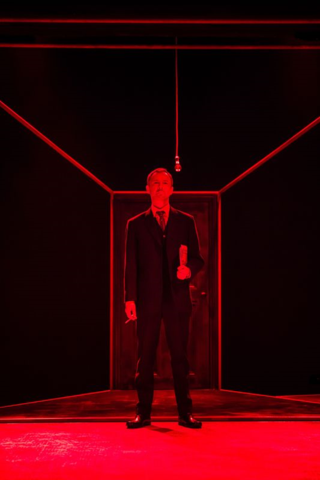 Review: An Evening At The Talk House, National Theatre 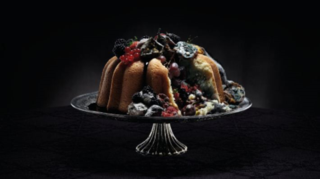 Wallace Shawn's new play is an odd beast. It's (rather long) set up is a reunion of those involved in a play 10 years earlier at their old haunt The Talk House, for an evening reminiscing and to enjoy host Nellie's (Anna Calder-Marshall) snacks. The Talk House has seen better days but as the former colleagues gather it quickly becomes obvious that the world has perhaps seen better days too.

The world of writer Richard (Josh Hamilton) and the others is one that is familiar and not, as if it is running in parallel, has jumped a track.

spoilers Wallace Shawn's character Dick is a washed up actor who has never replicated his early success and is living temporarily at The Talk House while he recovers from a beating. His friends carried out the violent attack for his own good because he was about to step over the line "you know". It's a warning, a reminder to be nice.

But that isn't the worst of it. There is a Government policy, that no one is supposed to talk about but everyone does, of killing anyone perceived to be a threat. You can get a job choosing targets which meet the criteria like getting a job working in a shop. You can also get a job as one of the assassins, a menial job for those who need the money. There are lots of different ways people can be murdered, not all of them swift, and of course there is discrimination on the method of murder depending on the status and popularity of the person targeted. 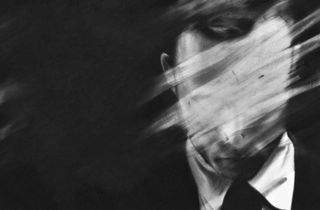 During the interval of Waste the conversation centred on why Rufus Norris had programmed Harley Granville Barker's play.  It was banned by censors in 1907 because one of the married women characters has an affair, gets pregnant and has a back street abortion which results in her death.

Part of the problem with Waste is that while that scenario is sad, it isn't shocking today and once you take out the shock factor you are left with a rather dull political piece about reputation and there are better plays out there that look at this.

Charles Edwards plays Henry Trebell who is persuaded to join the Conservative Party to push through a disestablishment bill which will take church money to create an education programme. Henry is very enthusiastic and committed to the bill. But then his brief affair with Amy O'Connell (Olivia Williams) comes back to haunt him and the scramble begins to save his reputation and the Bill.

Review: Kenneth Brannagh's season at the Garrick - Harlequinade/All On Her Own The work of Terrence Rattigan burst into my theatre-going conscience when Benedict Cumberbatch, Nancy Carroll and John Heffernan starred in After the Dance at the National Theatre five years ago. It signalled the beginning of a growing love of his plays for me and a revival of his work in theatre-land after decades of being out of fashion.

Harlequinade and All On Her Own, which are running as a double bill in Kenneth Branagh's season at the Garrick Theatre, demonstrate in sampler size the breadth of Rattigan's skill as a playwright. One of pieces is introspective and quietly sombre while the other is part farce, part satire.

The evening begins with All On Her Own, a monologue performed by Zoe Wanamaker who is a widow drinking to her husband on the anniversary of his death. At first she seems like a person who has embraced the new phase of her life but there is a growing anger and anxiety about the particulars surrounding his death.

She talks to her dead husband, knocking back whiskey and getting slowly sloshed which makes her more candid. She starts speaking for her husband and wills him to speak through her. It is a piece that reflects some of conflicted emotions of grief and the agony of questions left unasked.

Harlequinade is a far lighter affair. It follows a theatre company on the day of its opening night at an unglamourous provincial theatre. The production is Romeo and Juliet with married couple Arthur and Edna (Kenneth Brannagh and Miranda Raison) playing the leads despite being the wrong age. The company is on tour as part of a government-backed scheme to bring entertainment to populous in the lean years following the second world war and naturally they bring with them a West End mind set.

Continue reading "Review: Kenneth Brannagh's season at the Garrick - Harlequinade/All On Her Own" »

Is Les Liaisons Dangereuses going to be the highlight of the Donmar's most recent season? Not long to wait to find out. 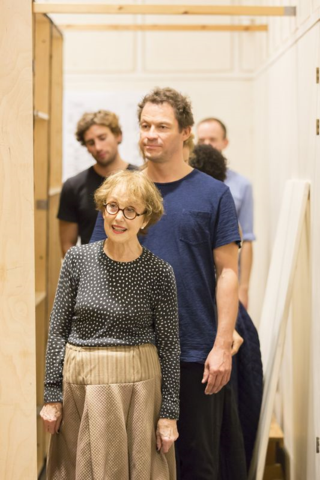 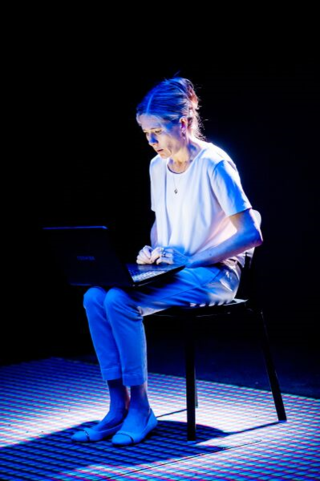 Reputation or rather loss of it has been a common theme in English literature for hundreds of years but James Fritz's new play has a distinctly modern take on the subject.

David (Jonathan McGuinness) and Di (Kate Maravan) have a 17-year old son Jack who is about to take exams and has a life full of promise and opportunity ahead of him. We never see Jack, this is his parents' story about how they deal with something he has done something that can't be undone because it is on the internet. Something that could damage his reputation forever.

It is a parents nightmare but not one David and Di ever imagined having and to make matters worse, as the full extent of what Jack has actually done is slowly revealed, their view of their son is challenged.

Fritz's play is brilliantly written, sharp, funny and dark. At first David and Di seem like typical parents. They disagree, Di overreacts, David says the wrong thing and from the guffaws among the audience there is plenty that can be identified with. But it isn't just Jack's reputation that is threatened, his parents marriage is put under great strain by the events.

At first they will do anything to protect their son against what they see as an injustice and juggle the pro's and con's of official channels versus more direct action. But revealing conversations with Jack's friend Nick (Anyebe Godwin) and his ex-girlfiend Cara (Ria Zmitrowcz) put their son in a different light. David and Di's response to the revelations and strategy for dealing with the situation are revealing in themselves. Fritz raises important questions about teenage attitudes towards sex and the internet. He also challenges class stereotypes revealing how prejudice can lead to injustice.

Four Minutes Twelve Seconds deftly weaves humour with some of the darker aspects of society creating a piece that is funny, shocking and thought-provoking. It is 90 minutes long and well worth a look. You can catch it at the Trafalgar Studios 2 until 5 December. It transferred from the Hampstead Theatre where it enjoyed a sell out run.

Hoping to snap up a £15 Monday ticket for this the next time they go on sale. Don't feel like I've seen enough Pinter plus it has an amazing cast and is  directed by Jamie Lloyd. 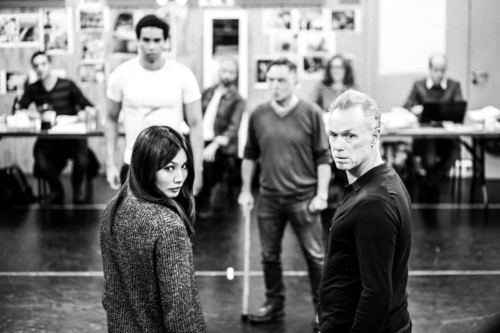 The cast in rehearsal for The Homecoming (Gemma Chan and Gary Kemp). Photo by Matt Humphrey 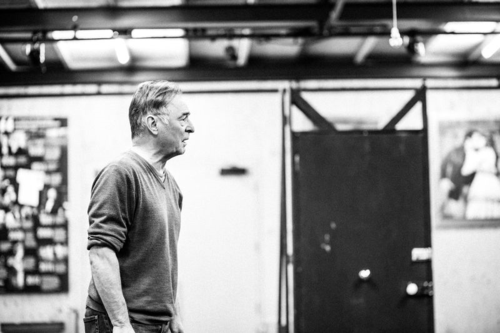 Ron Cook in rehearsal for The Homecoming. Photo by Matt Humphrey