Review: Juliette Binoche is a considered Antigone in a subtle production 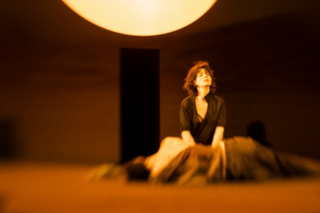 Ivo van Hove who brought us the emotionally charged A View From The Bridge at the Young Vic last year (and now transferred to the West End) has taken quite a different tack with Greek tragedy Antigone.

The stage is slightly more dressed but this is play that despite being cut to an hour and 40 minutes straight through feels considered and unrushed. The actors take their time so that you become just as absorbed in what they are doing - where a hand falls, a posture or gesture - as you are in what they are saying.

When Antigone (Binoche) appears, walking slowly in a wind which ruffles her lose clothing and sends rubbish shuffling across the stage, it is emblematic of the quiet battle to come with Creon over the burial of her traitorous brother.

Once she sets in motion events by telling her sister she will bury Polynices, against Creon's wishes, a huge sun like disc appears, marking a slow time to her tragic demise and Creon's downfall. Images are projected against the back drop, ordinary scenes of people from different parts of the world, a reminder of life going on that is cemented in the final scene when we get a snippet of Lou Reed's Heroin.

Continue reading "Review: Juliette Binoche is a considered Antigone in a subtle production" »

Well you all seemed to love January's hottie of the month and luckily February has had some strong contenders. Thought it might go to Oliver Chris in Closer - love Oliver Chris - but then I went to see Gods and Monsters at Southwark Playhouse last weekend. No contest, February's theatre hottie is Will Austin.

When he first appears on stage he's wearing jeans and a white vest and I swear the audience collectively held their breath. Having seen him in the flesh, he looks like he's been spending even more time down the gym since these pictures were taken. 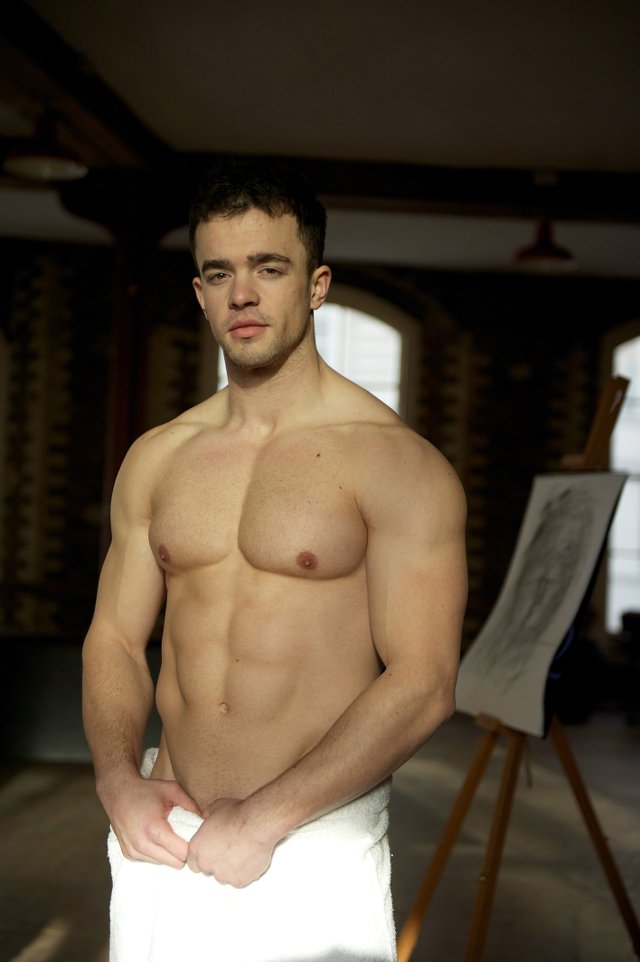 Gods and Monsters is his stage debut and if you won't get a chance to see it, he'll be playing (another) marine in Mission Impossible 5. Not er..convinced? Well there are some more pics here.