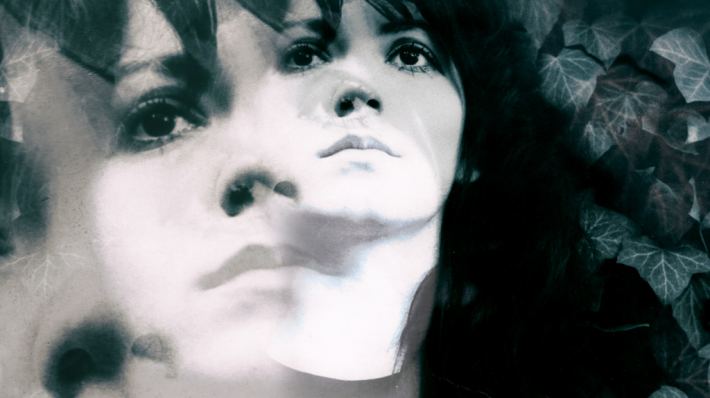 Croatian history isn't my strong point. In fact my knowledge is little to non-existent and it plays a driving force throughout Tena Štivičić’s 3 Winters.

Following four generations of women from the beginning of the collapse of Yugoslavia before the second world war to 2011 it traces the impact of conflict and politics on one family. They are brought together in 2011 for the marriage of Lucia (Sophie Rundle) but the past threatens to spoil the big day.

3 Winters can in some ways be seen as the story of four very different women and for that it is fascinating. It is certainly a play you need to pay attention to as it jumps back and forth through the generations with the same characters appearing at different ages. 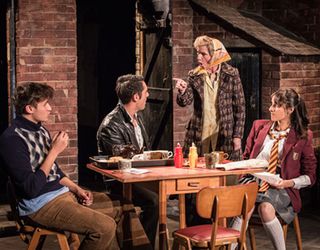 It is purely coincidental, I am sure, that the last time I saw Jane Horrocks on stage there was some clever use of doors within the set and so it is with East is East in which she stars as Ella Khan.

The Khan family home in a Salford, a redbrick terrace, is represented outside in; a sofa, TV and dinner table are set within external redbrick walls complete with rough wooden back yard gates and coal cellar.

Rather than peer through the glass in the door to see who is coming, the Khan brood look through a crack in planks. The coal cellar doubles as a living room cupboard in which to hide incriminating art college equipment and a hiding spot for the youngest of the kids, the parker coat wearing Sajit. With a quick switch of sofa for shop counter the space doubles as their father's chip shop where all the family help out.

Written in 1997 by Ayub Khan-Din, who also plays head of the family George Khan, it is set in 1971 but its themes of cultural identity seem just as relevant today.

George travelled to the UK from Pakistan in 1939, married Ella and has seven children. He is determined to bring them up in the Pakistani way, where children are supposed to be respectful and obedient regardless.

It is an ideal that doesn't sit comfortably with all the Khan children born into white, western culture. The eldest son has already run away from a proposed arranged marriage with George refusing to acknowledge him for the slight on his authority. Tensions are mounting in the house as he is planning to marry off another two of his sons.

Review: The life of the banking intern in Run, New Diorama Theatre 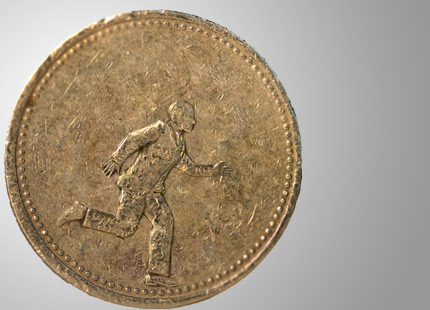 Set in a City bank, Run follows four recruits on their 10-week internship. Inspired by the true story of banking intern Moritz Erhardt, who died after apparently working for 72 hours, the Engineer Theatre Collective has spoken to a number of interns to devise a fictional piece about the prospective bankers of tomorrow.

There is the slightly geeky one who has a bit of a conscience and whom doubts whether commodities trading is for him. Then there is the posh one who's placement seems purely down to nepotism. There are two women; one is from Europe who is sharp, efficient and aloof and seems to handle everything thrown at her and the normal one who is clever and hard working but feels the strain of the long hours.

Staged in the round with very few props there are surprisingly few surprises. Perhaps there have been too many headlines about bankers and I've become desensitised to the whole thing. Perhaps knowing about the events that influenced the story in advance eliminates some of the shock value. Instead there is mild intrigue about which it will be rather than how it comes to happen.

Review: The baffling How A Man Crumbled, Mimetic Festival at the Vaults 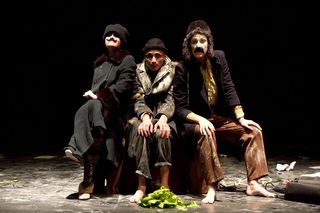 I have left a play at the curtain none the wiser of its point or meaning but the journey was so enjoyable it didn't matter. I wish I could say the same about How A Man Crumbled.

It is definitely skillfully done and the cast of three are talented mime artists and physical performers but all that is a moot point if there is little connection with what is going on in front of you. There is a sort of story about a writer trying to find inspiration but the narrative is constantly interrupted by random and often surreal interludes.

These utilise silent movie style captions and performances, mime and physical 'interpretation' for want of a better description. There is something going on with a dead, old woman's body, the story of a man with red hair who has no head, some slightly sinister and borderline violent sexual advances and fights involving vegetables. Two people in the audience thought it was all hilarious.

The scene where the writer tries to stuff the old woman's body in a suitcase was brilliantly done and I was impressed with the explosive power of leek when used as a weapon but other than that I'm struggling to remember anything enjoyable or engaging. As a result its 55 minutes running time dragged its heels. Not one for me but I'm sure other opinions are available.

How A Man Crumbled is part of the Mimetic Festival at The Vaults and is on until Nov 22.

Review: The Curing Room at the Pleasance Theatre, London

It is the tale of a group of Russian solidiers stripped naked and left locked up in the curing room of an old monastry in Poland during the final throws of the Second World War. They are there for weeks.

Their nakedness is an impracticality - they are always cold - rather than a social awkwardness or rather any shred of that quickly dies away and is forgotten. Water comes from precious drops of condensation on the stone in the morning. For food, well the unimaginable becomes a reality when desperation leaves little choice.

Despite the gruesome subject matter, which is a little stomach churning at times and perhaps not for the squeamish, the moral dilemma about what they are doing seems less interesting and indeed relevant than that of the conflict between the different classes and cultures within the group. Faced with starvation or eating human flesh there seems little choice and the argument against immediately feels like one that is lost.

It is claustrophic and tense situation for the men but the relationship between the group never felt quite as heightened as it could have. The script is occasionally clunky and the characters a little under developed which probably didn't help.

At the end of the Curing Room I was more curious about what happened to the survivors and how they were treated by their rescuers and society knowing what they'd done to survive. Perhaps that should be the companion piece?

The Curing Room is an intriguing premise that doesn't feel fully exploited. It is executed well, if you'll forgive the term, but doesn't fully engage.

You can catch it at the Pleasance Theatre, London until Nov 9 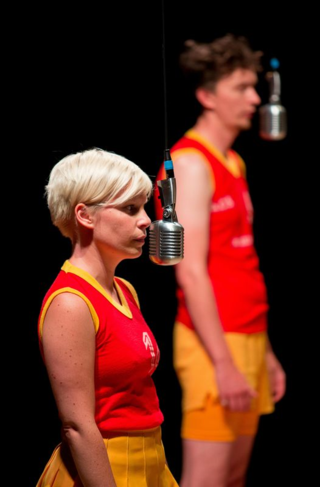 Second time back to school this week, this time the action centred on a high school sports team - football, hockey, baseball the actual sport isn't the point, the point is the one winning shot.

Theatre company Action Hero has devised a show that mixes snippets of pre-match entertainment via the team's wildcat mascot, locker room conversations, training and actual games. There is a referee to keep all in order whose sporting sign language is like a beautiful complex dance routine.

It is performed by Action Hero's Gemma Paintin and James Stenhouse who rotate through a variety of roles with Emma Dannequin as the referee.

The audience is encouraged to participate, roped in as the crowd at the game with Go Wildcats flags to wave and wave them we did. Popcorn is handed out at the start although I could have done without the rustling and munching.

Some of those sitting on the front rows make up the other team members receiving pep talks by the coach and sometimes given a towel to hold. It is difficult not to be swept along; there were a few unprompted cheers and some took their interactions with the characters as an opportunity rather than an embarrassment.

The seating configuration - rows down either side of a sports field/indoor court - gives ample opportunity to spy on the reactions of your fellow audience members sat opposite.

Review: Back to school in God Bless The Child, Royal Court 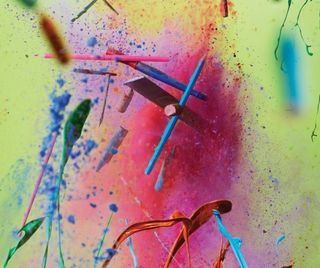 The Royal Court's upstairs theatre has gone back to school. The space has been transformed into a primary-age classroom complete with wall displays, little tables and chairs and book corner. It's probably the most complete transformation of a theatre space I've seen with the audience seated in plastic institutional style chairs around the very edge as if part of the classroom.

It must be quite spooky for the younger members of the cast who play the pupils and are central to the story both physically and thematically.

Molly Davies's new play is about a former children's TV presenter and author Sali Rayner (Amanda Abbington) who has devised a new system of teaching based around Badger Do Best and his woodland friends. The classroom in which the play is set is one of three around the country which is trialling the system before the government decides whether to fund phase three of its development. There is a substantial grant on offer for the school awarded the final trial stage, a grant that would enable the school to finish a much needed extension.

The problem is that the kids aren't stupid or rather one in particular - Louis (Bobby Smalldridge*). He sees through the moral manipulation of Badger Do Best and starts to make up his own stories which soon have the class doing what he wants.

Continue reading "Review: Back to school in God Bless The Child, Royal Court" » 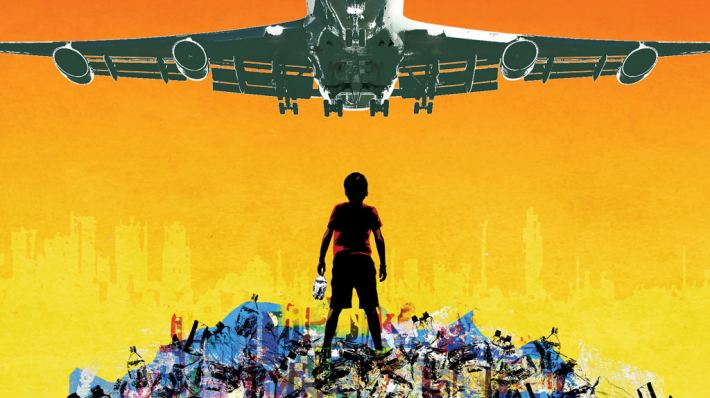 At one point during Behind The Beautiful Forevers a huge passenger jet flies overhead. It is a visual and sound effect that brilliantly recreates the noise, vibration and proximity of the slum setting, nestled close to the perimeter of Mumbai Airport.

It's not the only part of the production that attempts to capture the dirty, rubbish strewn, make do and mend settlement that the characters of the play call home. For weeks the staff at the National Theatre have been donating plastic bottles to be crumpled and dirtied up ready for the set.

Adapted by David Hare from Katherine Boo's non-fiction book about the people she spent two years getting to know in the airport slum, plastic bottles and other rubbish are currency. What people throw away can be collected, pulled apart and then sold for scrap and recycling. But it is hard and often dangerous work. The 'pickers' are not always welcome and there is campaign to clean up the city, encourage people not to drop litter.

It is the drive to make money that is central to the story. From those living in poverty who want food, shelter and harbour ambitions to get an earring or get out to a home not living under the threat of demolition, to those higher up ladder who just want more.

Sometimes relentlessly grim this is not a rags-to-riches, smile-on-the-face story like Slumdog Millionnaire. This is a story of a social immobility and injustice born out of culture of corruption and bribes. It is also a story of petty prejudices, jealousy and snobbery where a silly argument causes devastation for one family.