Review: Nick Payne's The Art of Dying at the Royal Court 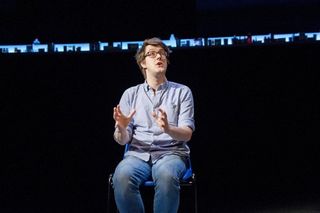 Nick Payne is sat on a chair in the middle of the stage talking about when his dad was dying. You probably aren't going to see a piece of theatre as affecting or personal as this.

And that is its power. It is obviously a personal experience for Payne but then so is it for anyone who's suffered a loss.

With great pathos he interweaves his experiences with the stories of two other deaths adding a dose of humour along the way.

What the stories acutely show is just how raw the emotions are around death, emotions that are at once simple and complicated. Despite the certainty of death it remains an awkward, uncomfortable subject; it is one we tend to brush under the carpet.

Continue reading "Review: Nick Payne's The Art of Dying at the Royal Court" »

Review: Martin Freeman is Richard III at the Trafalgar Studios 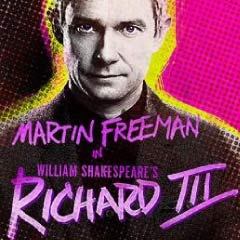 When Jamie Lloyd chooses an office setting for Shakespeare's play about a Machiavellian hunchback king with Martin "Tim" Freeman as the lead then references to sitcom The Office are inevitable. Aren't they?

However, the office context is problematic but not because of the association. Freeman's performance is as far removed from Tim as you can get. He reminded me a little of Bruno Gantz's Hitler in the film Downfall crossed with a British politician. Both wholly appropriate for a character that is a master of manipulation but with murderous tendencies when that doesn't work.

The office is more of a problem with the set and staging. The stage is crammed with desks leaving little open performance space. In hampering the movement of the actors it felt like it was holding them and the action back.  But not only this, Lloyd's office is in the 1970s and by the interval I was struggling to see what either was adding.

Review: Richard Armitage in The Crucible at the Old Vic 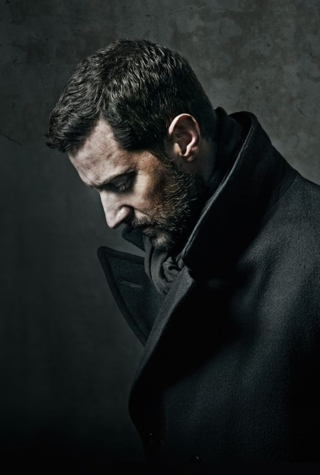 Have only ever seen the first half of The Crucible. Not, I hasten to add, because I wasn't enjoying it but because it was an outdoor theatre, on a cool evening and I was simply too cold to stay for the second half.

However, it wasn't just finding out how Arthur Miller's metaphorical play about the Salem witch trials panned out that had me sitting on the stage at the Old Vic last night, it was also finally getting to see Richard Armitage in a play. Bit of a fan you see.

From the moment you walk in to the auditorium you know that this is going to be a grim and atmospheric  production. The Old Vic's ornate decoration has been obscured by grubby wall hangings, the stage a rough grey wooden flooring, and the set equally austere and jaded looking. The lighting has a sickly tinge and stage smoke hangs in the air.

Tituba (Sarah Niles), the village minister's Barbadian servant appears with a smoking urn, circling the stage in a slow rhythmic steps, muttering a low incantation which adds a spooky soundscape to the setting. And from there the tension steadily grows.

When young Betty (Marama Corlett) lies "possessed" on her bed her body contortions are like something from a horror movie and Abby (Samantha Colley) is a vicious and convincing bully that sets the town on a road to hysteria and calamity.

This is play of raw emotions, where rational thought and contemplation turn into anger and violence almost on the turn of a heel. The atmosphere constantly fluctuates between strained and shrill.

Continue reading "Review: Richard Armitage in The Crucible at the Old Vic" »