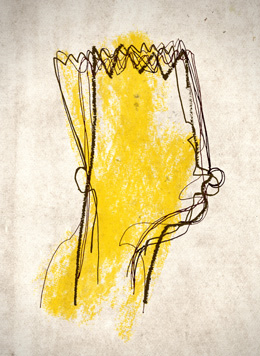 Watching a group of people sit around a camp fire trying and sometimes failing to recall the details of a particular episode of The Simpsons is a tedious as it sounds. You had to be there or, in this case, had to have watched it. And with just the campfire for light, literally, it can also have a soporific affect for an end of week-weary audience.

Anne Washburn's play, Mr Burns*, is the latest offering from the Almeida. It is set in the future when, for reasons not explained, there is no electricity, one deadly side effect of which is that nuclear power plants start to degrade and leak radiation.

With none of the usual electricity-powered forms of entertainment available, the group in question passes the dark, fearful evenings trying to remember plots and favourite lines from Simpsons episodes.

In essence Mr Burns is about how an episode of The Simpson's travels through the guts of an apocalypse. And on that level it is very clever.

In the second act the action has moved forward seven years and entertainment or rather lines from popular shows like the Simpsons have become currency. As have snatches of popular songs and 'adverts' from the life lost. It is competitive and cut-throat; it is showbiz, after all. 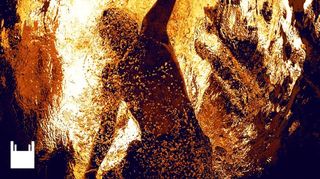 Polly Stenham, in an interview for the BBC describe's her new play Hotel as a thriller. And there is certainly some edge of your seat and explosive stuff. In Stenham-style there are some shocks and this is probably the most physical and disturbing of her plays so far.

The problem is the set up doesn't quite work in that it engages you in a very different way to how the play ultimately pans out.

It's set in a luxury hotel on a remote island off Kenya where an ex- British minister is holidaying with her family. Vivienne (Hermione Gulliford) has just been forced to resign as Secretary of State for Trade and Industry after her husband Robert (Tom Beard) was involved in some sort of scandal involving another woman.

Meanwhile their teenage daughter Frankie (Shannon Tarbet) is blackmailing her brother Ralph (Tom Rhys Harries) to come clean to his parents about something bad he has done.

Ben Whishaw on being in love and Hamlet

It's the Australia and New Zealand festival of literature and arts here in London and Ben was on a panel this morning discussing art and spirituality among other things. It was led by Australian artist and writer Juliet Darling whose partner, art curator Nick Waterlow, was murdered along with his daughter by his mentally ill son.

Julia is a friend of film director Jane Campion and wrote a book, A Double Spring, about losing Nick.

Nick Waterlow believed you had to be an 'empty vessel' to fully appreciate art which Ben said he found a helpful ideology:

"It was helpful to me not just as a human being but in how you form relationships with others. You have to have an empty space and allow other people to come in and fill it."

Which led him on to talking about love:

"Falling in love is a similar sensation, being in a state of openness and a feeling that you are helpless to resist. It changes the course of your life and you are powerless to resist."

Continue reading "Ben Whishaw on being in love and Hamlet" »