Living the post Birdland Q&A with Andrew Scott through @polyg

I was figuratively and literally gutted to have missed a second viewing of Birdland at the Royal Court this week followed by a Q&A that included Andrew Scott, Simon Stephens and Carrie Cracknell. A mild dose of food poisoning meant I was confined to the the sofa but luckily @polyg was fighting fit and not only made it but has written a lovely detailed post about it.

To read the entire post including comments from Mr Scott about fame and the media head over to Poly's blog.

My five favourite plays of the year so far 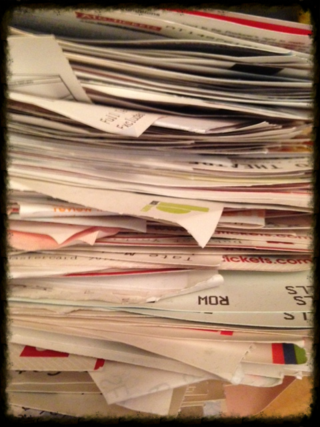 It's been a phenomenal year for theatre so far  and that isn't even including final performances of Ben Whishaw in Mojo and David Tennant's Richard II.

I've managed to pack in more than 40 plays (no wonder I'm tired) and at least 10 of them would earn an equivalent of five stars if I rated that way. It's going to make my end of year list very tough to decide.

What stands out from the crop of plays this year is the quality and imagination of the new writing. And, curiously, the classics that have made their mark have been either pared down and/or contemporary interpretations giving them a fresh appeal.

There are a couple of fringe productions I want to mention that haven't quite made the top five - Debris and Pests - which both exemplify contemporary writing at its most urgent and poetic. This for me is what fringe theatre is all about discovering something fresh, new and bold.

Continue reading "My five favourite plays of the year so far" »

One play I definitely wish I'd seen...

...Is this one mainly because Clive Owen makes me a little bit giggly. Will have to content myself with the poster for the time being (thanks to @polyg) until he decides to tread the board again. 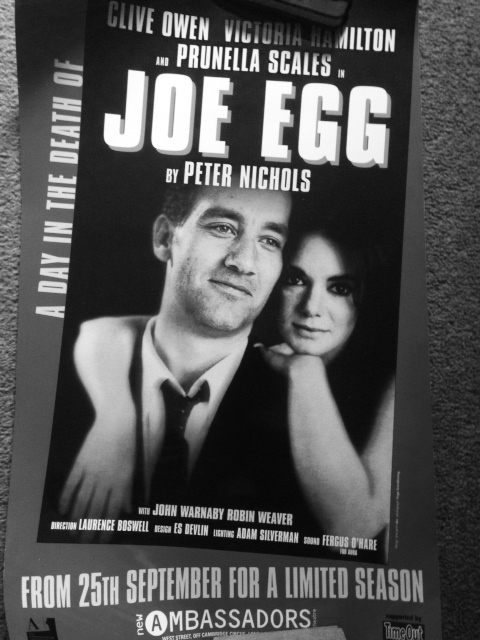 Review: Does Wolf Hall live up to the hype? 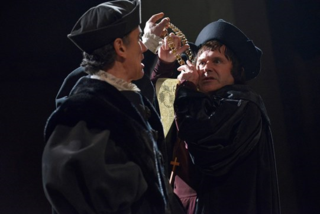 I'm going to premise this by saying I haven't read the book but I studied 16th century English and European history at A-level which probably explains why I was surprised by the RSC's Wolf Hall. Surprised, and this is going to sound a tad ridiculous, because it not only brought history to life but it gave it personality.

OK so there is good pinch of dramatic license added to the mix, it is a play based on fictional novel after all, but I never expected the protagonist of the piece Thomas Cromwell (Ben Miles) to have quite so much charisma and charm. Indeed it chocker full of colourful characters - if only studying this period of history could have been this much fun. It is this which I think makes Wolf Hall such a success - its run in London is pretty much sold out after a successful debut in Stratford.

It has a partner piece, a sequel if you will, Bring Up The Bodies (which I'm seeing in just over a week) and follows the rise of commoner Thomas Cromwell from clerk, friend and confidante of Cardinal Wolsey to Henry VIII's Chancellor of the Exchequer.

Cromwell is a master politician, a clever lawyer and a former mercenary which makes him sound machiavellian but he is loyal and a good-hearted family man whose skill is in negotiation. He gets a reputation as a fixer, someone who sorts things out. In trying to get Cardinal Wolsey back into favour  he gets noticed by the King; Cromwell, unlike others in the court, is not scared to challenge or question but he does it with charm and good humour which Henry seems to respect.

Continue reading "Review: Does Wolf Hall live up to the hype?" »