It's a list with a stage actor/music video/Ben Whishaw theme. OK.

I've been collating this list in my head for a while but struggling to give it some sort of cohesive title. It started out as stage actors (and some film actors but I might come onto that) who are also musicians. But in compiling two subsequent themes floated to the surface: music videos and Ben Whishaw.

So in the end its a sort of themed brain-dump of a list which one or two of you might appreciate. I certainly enjoyed compiling it, mainly because it's a good excuse to listen to some music and watch some music videos.

It all started with Johnny Flynn whom I first saw on stage in The Heretic in which he played and sang. This led to some googling and the discovery of his band Johnny Flynn and The Sussex Wit whose albums I now own and love.

I've seen him in lots of plays since and he is due to play Roger Taylor in the Freddie Mercury biopic opposite Ben Whishaw as Freddie. The prospect of him acting and singing in a film alongside Mr W brings me untold joy.

Next on my list is Olly Alexander whom I first saw on stage in Mercury Fur (he'd already been on the big screen with Mr W in Bright Star. I've subsequently seen them together in Peter & Alice but prior to that I discovered that he had a band called Years and Years. And lo and behold who should pop up in the bands latest video...

Continue reading "It's a list with a stage actor/music video/Ben Whishaw theme. OK." »

The Sam Wanamaker Playhouse experience (or why?) 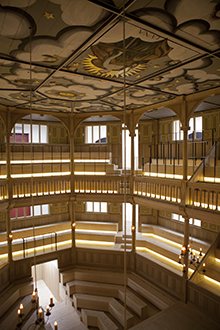 One critic described the Sam Wanamaker Playhouse as like a jewellery box. It is the bijou, indoor version of The Globe, lit entirely by candles and it is certainly an atmospheric environment in which to see a play. But will I be rushing back? Probably not.

The popularity of The Globe, the outdoor version of a Jacobean Theatre, has always perplexed me. I've tried seeing productions there from the seats (hard, backless, expensive benches, too far from the stage) and from the pit (standing for hours, straining to see what is going on but cheap).

It is almost always cold and the audience distracting. I want to concentrate on the play not my backache, the chill or wondering why that woman has brought a baby along. There are many very good reasons why theatres aren't built like this any more.

So an indoor theatre, next door to The Globe, seemed like a good idea; at least it would eliminate the potential for inclement weather. The problem, as I've already hinted, is that the Sam Wanamaker is bijou. Yes it is like a jewellery box but it is also like trying to cram an adult audience into a dolls house-size theatre.

Continue reading "The Sam Wanamaker Playhouse experience (or why?)" » 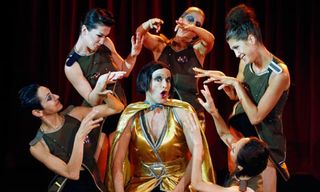 A play with singing and dancing? Are you warming to musicals Rev Stan I hear you ask? No, is the simple answer. Wanted to see this production by Theatre Ad Infinitum because it looked quirky and different from the trailer (and if I didn't like it, it was short at one hour 20 minutes.)

It's one of those productions that is quite difficult to describe. The BAC seems to have the knack of choosing them that way. It is part story about the history of Israel, part story of an Israeli boy called Israel; it is part cabaret, part drag show, part dance show and it all equals something that is edgy in its mixture of entertainment and dark story-telling.

It's the sort of show in which the hero Israel is played by a man (Nir Paldi) in drag - essentially a man playing a woman playing a boy. It is a bit slow to get going with a lesson in Israeli language and its ambiguities, for example, the word for bomb, we are told, is the same as that used to describe someone sexy. In hindsight it sets up the conflict of Israel both the country, in coming to terms with its past and dealing with its future, and the boy in experiencing war and terrorism first hand while recognising the wrongs of his people.

Review: Rachael Stirling in Variation on a Theme, Finborough Theatre 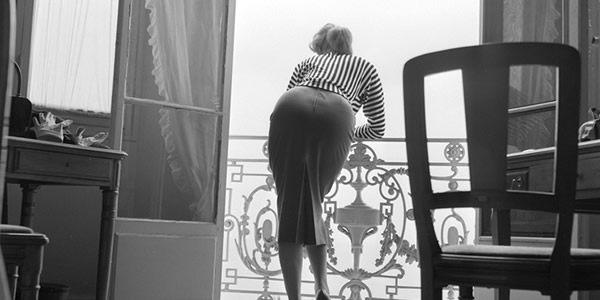 In all the Terrence Rattigan plays I've seen he's given his female characters a rough ride. And there is nothing wrong with that, it means good parts for women. He reminds me a little of Ibsen in that respect.

So there is a little irony in the title, Variation on a Theme, as the heroine of the piece, Rose (Rachael Stirling), has a rough time in love. Rose has married her way into society from a modest upbringing in Birmingham hanging out in the right places and using her good looks and charm. She has a seductive personality that is a mixture of classy confidence and good-time girl.

The play is set at her villa in Cannes. Her daughter Fiona (Rebecca Birch) is on holiday from her English boarding school and the two are looked after by Hettie (Susan Tracy), a duchess who is working off her gambling debts as housekeeper/companion.

Rose is due to marry for the fourth time. Her fiance is a german businessman Kurt (Phil Cheadle) who flashes his cash and is not ashamed of having made his millions profiting from war. She needs his money as her alomony payments are sporadic and he wants a trophy wife. But then she meets Ron (Martin McCreadie) a ballet dancer, seven years her junior who is a little seduced by the lifestyle of the rich living on the French Riviera and more than a little seduced by Rose.

They share a similar background but this isn't a simple love story, with Rattigan it is never going to be. Rose and Ron's love is at once constructive and destructive. It exposes the dark as well as the light sides of their personalities, a mixture of yearning and neediness that is both caring and suffocating. The choices they face about their relationship are life-changing.