Review: Another Country, as seen from above at the Trafalgar Studios 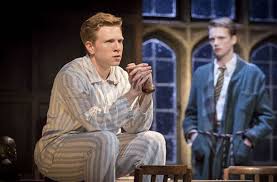 See the problem with looking down on the stage from up in the gods when the play is set in a 1930s, English public school, is that it is difficult to tell who's who. They all have the same short back and sides haircuts and are wearing pretty much the same set of clothes.

The two main characters of Julian Mitchell's play, about what would make a public schoolboy spy against his country, were distinguishable for having wavy strawberry blond hair - Judd (Will Attenborough) and straight, floppy blond hair - Bennett (Rob Callender). The rest of their school boy compatriots were more difficult to distinguish with out a full view of the face which you don't see much of from on high.

It was a problem and it wasn't. I still enjoyed the play, very much but I did feel like I missed out on some of the plot and nuances purely for not being able to easily identify who was talking to whom. Another Country does take a little while to get into it's stride but is rewarding once it does.

Judd is against the hierarchy and regime of the school: prefects, fags and corporal punishment. He would rather spend his time reading socialist tomes and swotting for his Cambridge entrance exams than playing sports. He is passionate and unyielding when it comes to his communist views and opts out of mainstream school activities whenever possible. As a result, he is seen as a bit strange but is generally tolerated.

Continue reading "Review: Another Country, as seen from above at the Trafalgar Studios" » 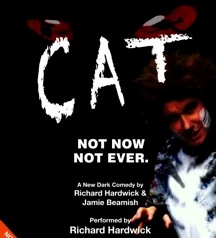 Dave the Cat was born different. He heard music and rhythm in the unlikeliest places; he was born to be on the stage. And so begins the tale of a man dressed with a tail - talented or delusional, the truth slowly unfolds through a brief stint as Jesus's ass in Jesus Christ Superstar and Dave the Cat in Cats.

Performed and co-written by Richard Hardwick this is a darkly comic story that nicely parodies musical theatre and it's obsessive fans.

Not being a musical fan I'm sure I missed quite a few of the references particularly in the three (short) songs but anyone who is West End regular will recognise the stage door Johnnies or female equivalent.

At 55 minutes it packs an amusing if slightly disturbing punch and is definitely worth a look with a pint or glass of something from the pub downstairs if you can catch it. If not I am sure it will pop up again somewhere.

Cat is on at the Etcetera Theatre above the Oxford Arms in Camden on the 26 and 27 March.

Wasn't expecting to find a connection but Peter Wight was in the audience and he was in In Basildon with Ruth Sheen who was in Leaves of Glass with Mr W. 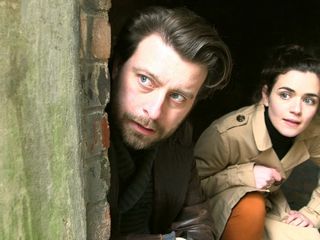 You don't realise how many people there are hanging about the streets until you have to try and suss them out. It is all part of a new interactive street theatre experience called the Rise and Fall of Geo Goynes that is currently being developed by Root Experience.

Based out of the St James Theatre in Victoria we were given a mobile phone and divided into three groups (you'll need to leave something like your own mobile with the technicians as a security deposit).

Each group has a different experience based on the same story premise: a computer programme has been developed that predicts the future but has fallen into the hands of a corporation which doesn't necessarily want to use it for good.

Our group were sent off with a map of the local area and the task of stopping the corporation. We were  guided through the narrative via phone calls and a "character" we encountered en route.

Sometimes we split and went about different tasks within our group - honey traps and retrieving equipment and information, for example. There was also a lot of tailing characters, hiding around corners and reporting back plus a bit of good old fashion briefcase swapping, sometimes with our character sometimes without.

It's the news Cumberbitches and theatre-fans have been waiting for: dates for Benedict Cumberbatch's turn as the great Dane Hamlet. Baz Bamigboye (as always) broke the news last night that Sherlock will swap mobile phone and laptop for a sword and skull at the Barbican in August next year.

There is already talk on twitter about the inevitable scramble for tickets when they go on sale with those of us of the 'before-he-was famous' fan camp fondly reminiscing about the ease of getting tickets back in the After The Dance days.

What is particularly good news about the announcement is the choice of venue. The Barbican is probably one of the biggest theatres in London which means plenty of tickets for the 12 week run. It should certainly be far easier to get seats than it was for Tom Hiddleston's Coriolanus in the tiny Donmar Theatre last year although that did make for a particularly special experience.

The downside is that the mooted site specific production has obviously been parked which would have made for a particularly interesting Hamlet, although better the modern Barbican with its whizzy stage gadgetry at the production designers finger tips than a crusty West End theatre.

So time to a) start saving the pennies and b) start speculating/wish-listing the rest of the cast. I've already got thoughts about Ophelia and Gertrude but I'll save them for another post. 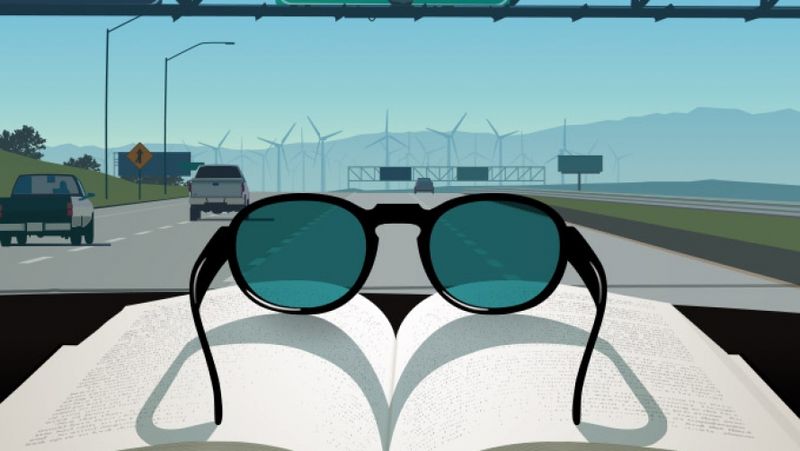 The Old Vic has transformed its auditorium to theatre in the round once again and it's a configuration that appeals mainly because you are closer to the stage and a lot of the stalls seating is properly raked.

Jon Robin Baitz's play, Other Desert Cities, is the first production to test the new stage and is a family drama of the skeleton in the closet type. Hollywood actress Martha Plimpton plays Brooke who has returned home to California for Christmas after a lengthy time away. She's just about to publish a book, a memoir in fact, that could prove explosive.

Parents Lyman (Peter Egan) and Polly (Sinead Cusack) were actors whose starry careers have long since faded leaving them with a stream of anecdotes and names to drop. Lyman has since gone into Republican politics.

Making up the family is brother Trip (Daniel Lapaine) who has disappointed his parents by using his top university law degree to host a TV courtroom show and alcoholic and destitute aunt Silda (Claire Higgins).

Ralph Fiennes is heading back to the stage, are we excited?

An A-lister like Ralph Fiennes treading the boards is enough to make the hallowed pages of national newspapers like the Daily (Hate) Mail and generate a bit of excitement in theatreland but I just can't get that worked up about this particular casting.

Yes I'll go for reasons outlined below but Ralph Fiennes is one of those actors who impresses in those rare roles when he is playing against type. On stage there was an arrogance to his Oedipus and Prospero that left me cold and unmoved while in the comedy God of Carnage he was a joy to watch.

On screen the roles that stand out are the sweary East End villain Harry in In Bruges, the uber-evil Voldemort in the Harry Potter films and most recently M. Gustave in The Grand Budapest Hotel.

Now I'm not familiar with Man and Superman - the George Bernard Shaw play he's been cast in - but  his character John Tanner is described as "a well-educated, well-spoken man who takes everything seriously, including himself" which immediately makes me think of the cold and unmoving performances he's given.

I'm probably being unfair but I'm more excited about seeing a Shaw play as I haven't seen many and feel this is a gap in my theatre-going experience.  And, you never know he might well prove my assumptions wrong. Related to my post earlier this week about the best theatres for tickets under £20 I thought I'd write a guide to day seats as this is the other cheap way to see West End theatre.

It's easy enough to find out if a theatre does day seats using the magic of google. However it is worth clarifying with the box office the number of tickets available, whether it is one or two per person and where they are beforehand to avoid disappointment. Most theatres allocate seats on the front row but some choose to dot them around. Prices vary a little theatre to theatre from £10 to around £20.

How early you need to arrive on the day to queue will be entirely dependent on the show and who is in it. Again, a bit of online research or even better still use social media to get a rough idea. I've turned up 10 minutes before the box office opened and been successful, I've even had friends trot up at 4pm and still get a day seat. Equally I've turned up to queue two hours before only to have the person in front of me take the last ticket. The latter incident was a gamble that didn't pay off. I worked out the number of people in front of me versus number of tickets I thought available and knew I was on the cusp.

Michael Grandage said in an interview last week that cheap West End theatre tickets are essential to attract the next generation of theatre-goers. Now while I'm much older than the age group Grandage is seeking to attract I a) go to the theatre a lot and always like a good value ticket and b) think I've got a good few decades of theatre-going left in me yet.

His comments, ironically, come at a time when a lot of West End theatres have sneakily pushed up ticket prices. Standard stalls seats seem to have risen from around £55 to £60 in the last couple of months, an increase of 9% which is way above inflation.

Now I've always thought of the West End as mainly for tourists and occasional theatre-goers with some exceptions. (*coughs* Mojo). There are plenty of places in London to see good quality theatre, with some of the best acting, writing and directing talent and without paying over the odds. Here are five such places that you can get tickets near the stage (I hate seats in the gods) for less than £20.

All tickets on Monday's are £10 for both theatres. Get online at 9am on the day and you shouldn't have a problem.

£10 Barclays Front Row tickets go on sale, online 10 am two weeks prior. Now I only tried this when Coriolanus was on and had no luck but then it was hideously over subscribed. I do, however, know plenty of people who've successfully secured tickets for less starry productions relatively easily.