Review: A Time To Reap, Upstairs at the Royal Court 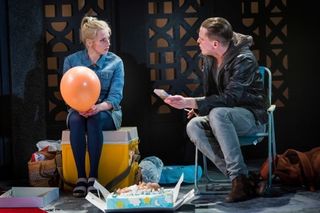 I've been putting off writing about this play by young Polish playwright Anna Wakulik mainly because it's taken a while to digest it.

At its heart is the Catholic church and Poland's relationship with it, centred on the country's banning of abortion in 1993. We follow the lives of three Poles, Marysia (Sinead Matthews) who lives in a small village and, as a child, meets Piotr (Max Bennett) and his father Jan (Owen Teale) when they are visiting from Warsaw.

Wakulik attempts to expose the hypocrisy of church and state. Marysia has a relationship with a Catholic priest and gets pregnant. Jan is a gynecologist who makes a lot of money on the side performing illegal abortions but when he strikes up a long term relationship with Marysia he won't divorce his estranged wife or even live with her.

Continue reading "Review: A Time To Reap, Upstairs at the Royal Court" »