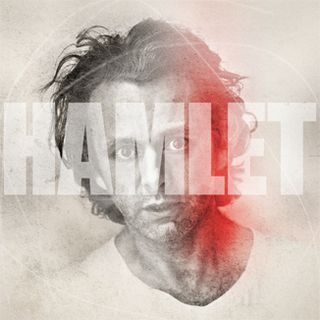 Credits in the Young Vic Hamlet programme include mind-bending illusionist Derren Brown and Mercury Music Prize winner PJ Harvey which gives you a hint of the flavour of this new production. Add in an actor of chameleon-like talents such a Michael Sheen in the eponymous role and you get an inkling this is going to be far from traditional.

And it is. The set is straight out of an institution, drab grey carpet tiles, chairs you only ever see in publicly funded buildings and a bland, functional office through glass at the rear. Staff (or are they inmates?) wear drab grey uniforms and shoes without laces.

Initial thoughts are of a prison as in 'all Denmark' is one but when Claudius (James Clyde) and Gertrude (Sally Dexter) arrive for the post wedding speech it looks more like a therapy session conducted in a circle of chairs. This is Hamlet not in a prison but in a mental hospital (or is he trapped inside his own head?).

Sheen's Hamlet at first seems bookish and delicate. The first hint that there is more to him than initial impressions suggest come when he confronts his father's ghost. There is no spectural being, Hamlet is either possessed or having some sort of psychotic episode which turns him into an almost demonic, booming-voiced 'perturbed spirit'.

I must confess that at the interval I had a love/hate relationship with this production. Laertes seemed flat and Horatio was subdued to the point of feeling extraneous. I'd spent so much time getting my head around the whole asylum setting it bordered on a distraction.

But Sheen was superb, commanding all his scenes. And the production team certainly succeeded in creating an atmosphere that was at once tense, sinister and slightly claustrophobic with snatches of scenes delivered in darkness, sirens with red flashing lights when lock-down doors were closing and visitors being routinely frisked.